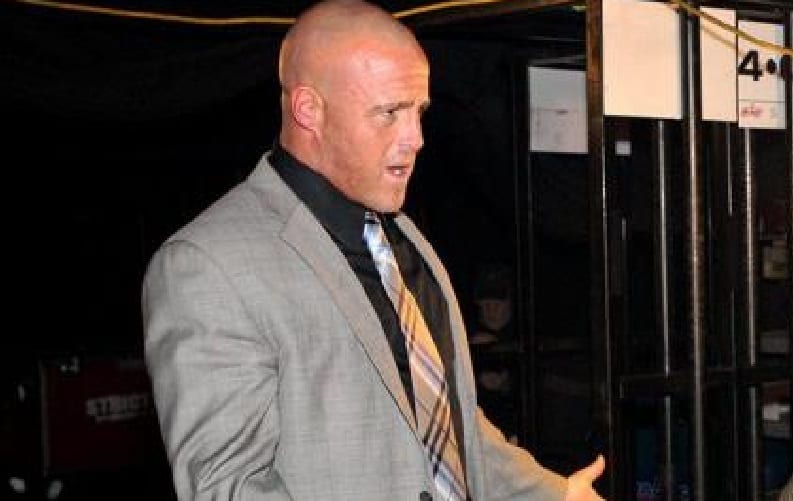 Joey Mercy was removed from his position with ROH after they got back from their recent UK tour. Something happened on that tour and now Mercury is telling all.

He unloaded on Twitter with a ton of fiery tweets aimed at ROH management and how they handled things. He also revealed plenty of backstage situations and called their contracts “pigf*ck” in the process.

“Unsafe environment for Talent in and out of the ring,” Mercury wrote. “No Security. No medical staff. No Women on creative, worst looking wrestling on or off tv. No job description. Nothing in terms of anything I’ve suggested. Total BREACH on YOUR end- and everyone involved that bullsh*t, non punctuation using, grammatical pigf*ck of a contract.”

Mercury also brought up the fan altercation with Bully Ray. A fan was brought to the back and given a talk about respect by Bully Ray. This was out of line, but Joey Mercury claims you can’t blame security because they had none.

Remember when that deal in the Pacific Northwest went down? I’m surprised security let that fan stay and watch the rest of the show…. oh yeah… no security!… Duh… I was also disappointed a respected veteran was forced to make a judgement call- and THAT was called into ????

Mercury took a break from the screenshots to sum things up. He’s sick and tired of management and provided ample illustrations of how ROH is apparently mishandling things.

I’m obviously f’d off about incompetence and negligence of manager(ment), generally – to the point I am on Twitter- and rather non plussed about a contract I’m breaching that IS English words, but not in an order that doesn’t contradict itself. So…. breach on, breacherman.

Joey Mercury will be paid throughout the end of his contract according to PW Insider. Hopefully, that is the case because paychecks are a great thing to get. We’ll just have to see where he winds up after this.