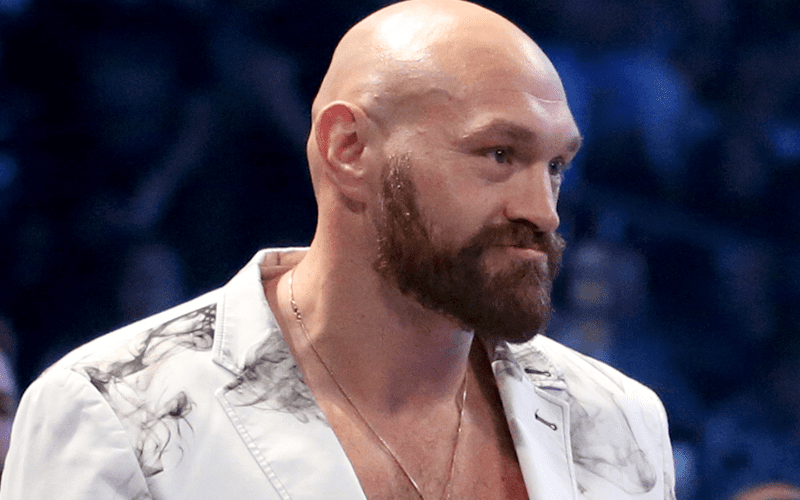 Tyson Fury might only get one match in WWE before he must return to the boxing world, but he’s making the most out of it. He even has a finishing move.

While speaking to the media in Saudi Arabia, Fury revealed that the name of his finishing move is called the “Dosser Drop.” He didn’t specify what that move entails, but he seemed excited about it.

“It’s called the Dosser Drop and you’re going to see it tomorrow night.”

It will be interesting to see what the Dosser Drop is. We can’t imagine that it will involve Tyson Fury picking Braun Strowman up for a slam. We’ve been surprised before so we’ll just have to see what the Gypsy King has up his sleeves.