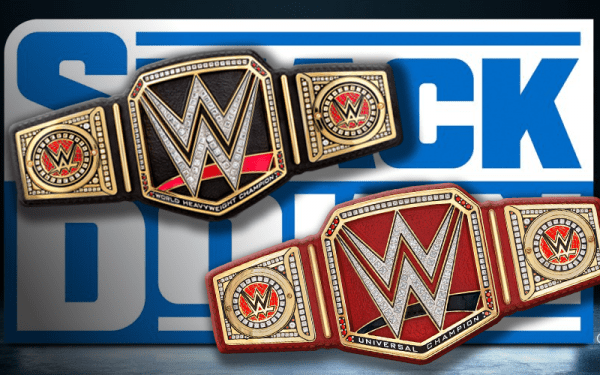 WWE is in a very interesting position right now. Brock Lesnar is the WWE Champion and he is defending his title against Cain Velasquez at WWE Crown Jewel. The Universal Title belongs to RAW and it will be defended as well with Bray Wyatt vs Seth Rollins.

These matches wouldn’t be too much of an issue, but Bray Wyatt is now a SmackDown Superstar after the recent Draft. He is also in a position where WWE really shouldn’t be defeating him even if the match cannot be called off for any reason.

Bryan Alvarez brought up on Wrestling Observer Radio that since the blue brand seems to be in a bit of trouble on Fox then they could get both titles. After all, they only pulled in 888,000 viewers last week.

Dave Meltzer concurred that WWE might put both titles on SmackDown. This could be a good lead-in and tell a story through Survivor Series.

We’ll have to wait and see what happens at WWE Crown Jewel. If WWE moves the Universal Title to SmackDown it might capture some interest. If anything, fans are used to not seeing the Universal Title on RAW for extended periods of time with Brock Lesnar as the former champion.