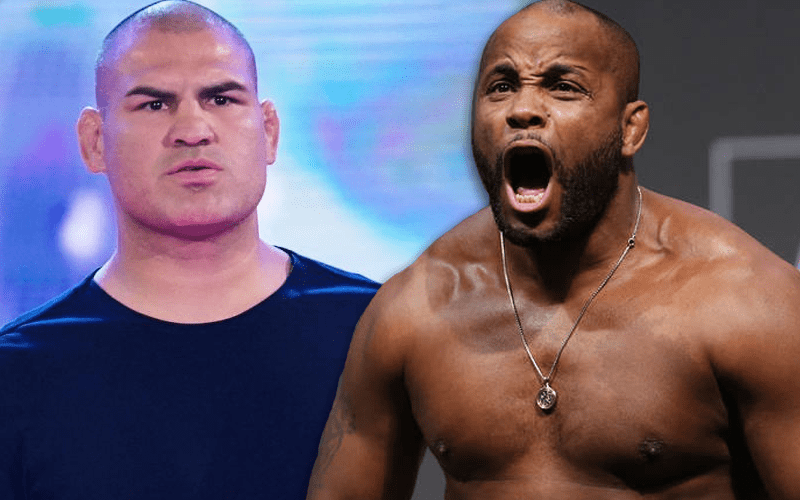 Cain Velasquez signed a three-year deal with WWE, but Daniel Cormier is still with the UFC. Interestingly enough, there was big talk about DC coming to WWE before Velasquez was even a consideration.

While speaking to Not Sam Wrestling, Velasquez was asked if Daniel Cormier is jealous that Velasquez is a WWE Superstar, he replied by saying:

“He’ll get his time, he’ll get his time. He’s just a big fan and he loves this sport. I see him getting into it if he chooses and you know, later on down the road when he’s done with fighting. But, yeah he’s a big fan. Him, my wife kinda like put that little thought in my head of starting to do this and from then on it’s like Hell yeah this is what I want to do.”

This is a very interesting situation and makes us have to wonder what the top tier of WWE’s roster will look like in a few years. UFC stars might start coming over at a more rapid pace now that Brock Lesnar, Ronda Rousey, and Cain Velasquez have proven that there is a lot of success and money to be made in WWE.