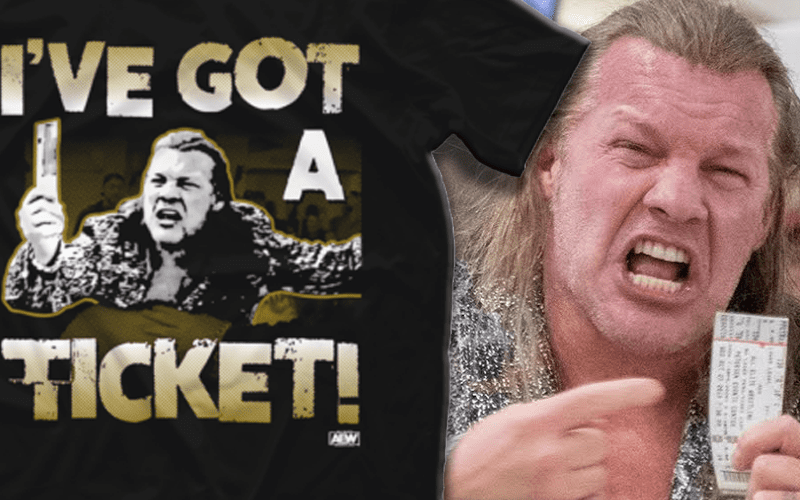 Chris Jericho and the Inner Circle wanted really good seats for Dynamite last week in Pittsburgh, so they bought tickets. They had a great view of the stage from a box in the arena, but Cody Rhodes ruined those plans.

After the American Nightmare called out MJF, Dustin Rhodes, and DDP they went to war with the Inner Circle. It will be very interesting to see if this ends up in some kind of eight-man tag team match eventually.

Jericho ended up crying like a classic heel that he bought a ticket. This was after Cody Rhodes and his friends gave the Inner Circle a proper beat-down. Now AEW is cashing in on another Jericho phrase as Y2J proudly announced.

Due to popular demand #IveGotATicket shirts are available NOW for a limited time at http://shopaew.com ! Have at it…. #LeChampion

This is the second time that AEW created merch because of something Chris Jericho said. It probably won’t be the last time either.

Needless to say, the “I’ve got a ticket” t-shirt will be an excellent addition to any fan’s collection who already purchased “A Little Bit Of The Bubbly” merch.