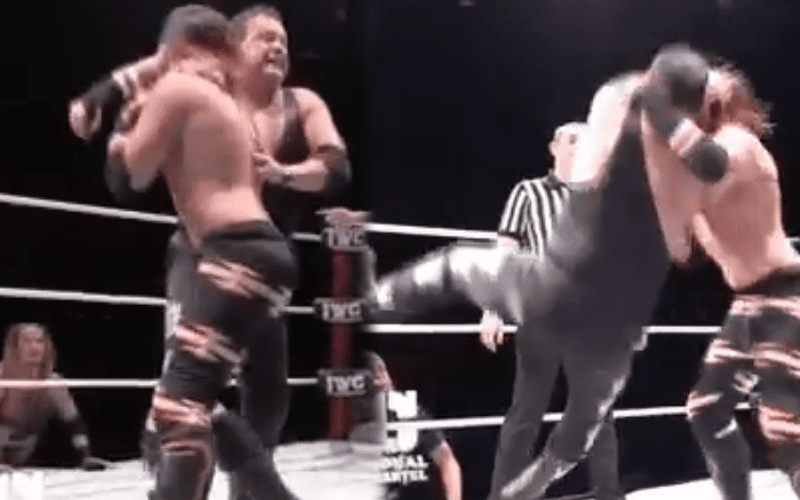 Jerry “The King” Lawler is known for his dreaded piledriver finisher, but sometimes it takes more than the usual moves to get the job done.

Lawler used a Stone Cold Stunner on his opponent at an IWC show. He also used a Rock Bottom. When the clip got out of Lawler using the Great One’s finisher, The King commented: “I hope The Rock doesn’t see this.”

Then when a clip of Lawler hitting a Stone Cold Stunner came out, he had to apologize to both The People’s Champ and The Rattlesnake.

So far neither The Rock or Stone Cold have commented on The King borrowing their finishers. We have to wonder how they would critique the 69 year old’s execution of their famous finishers.