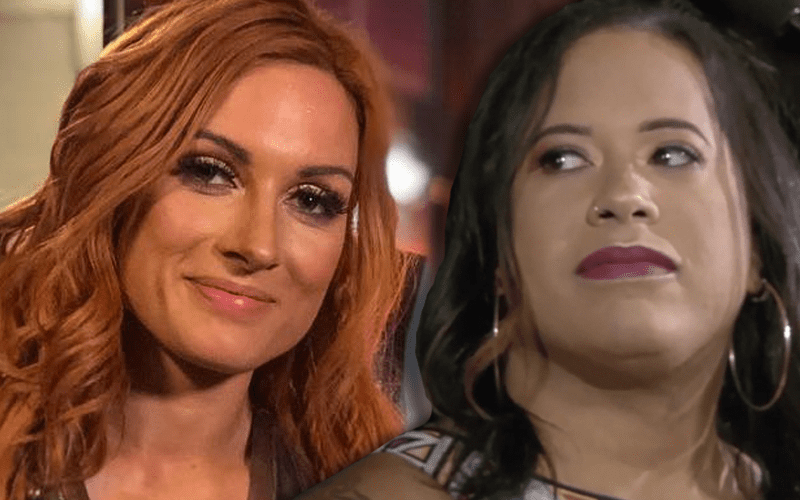 Becky Lynch recently fired back at Jim Ross over some comments he made about her man. WWE’s version of The Man then told JR that he should inform the AEW women’s locker room that she can whoop all of them.

AEW has a lot of talented female wrestlers. They all caught Brandi Rhodes and Kenny Omega’s eye for a reason. Nyla Rose is one of the more outspoken members of the AEW locker room, but she decided to reply in animated gif form.

Nyla Rose used a gif with a caption that said: “You underestimate how much I like a challenge.” That’s all she really needed to say.

Now fans are wondering who would prevail in a contest with The Man vs The Beast. It’s not likely to go down anytime soon since Becky Lynch recently signed a new WWE contract, but you can never say never in pro wrestling.