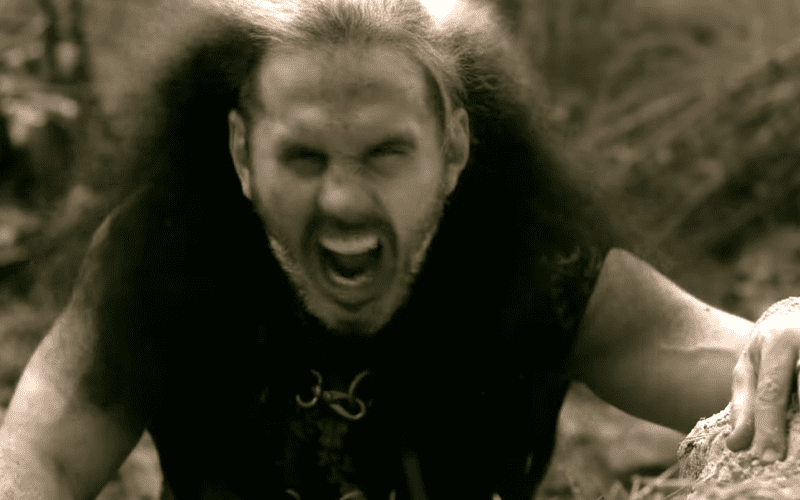 Matt Hardy owns the Broken Universe and this came after a long legal issue with Impact Wrestling. Since WWE likes to own everything on their television shows they made him perform as “Woken Matt Hardy” instead.

Now Hardy might be teasing a return for his Broken persona. He recently uploaded a YouTube video called “FREE THE DELETE – Episode 1.” This was a very interesting video.

Senor Benjamin was featured grabbing a shovel and walking out into the middle of the Hardy Compound. He dug a hole and then it started raining. Benjamin looked tired, but he kept digging. Then Matt Hardy was shown in a hole being covered by earth and hay.

Suddenly, a hand emerged from the ground and Woken Matt Hardy rose from the dirt and hay. He said that he cannot be buried while climbing out of the dirt.

Then the entire experience turned out to be a strange dream that Matt Hardy was having while taking a nap in his son’s bedroom.

We’ll have to see if WWE catches on and this character appears on television, but it is certainly an interesting idea.