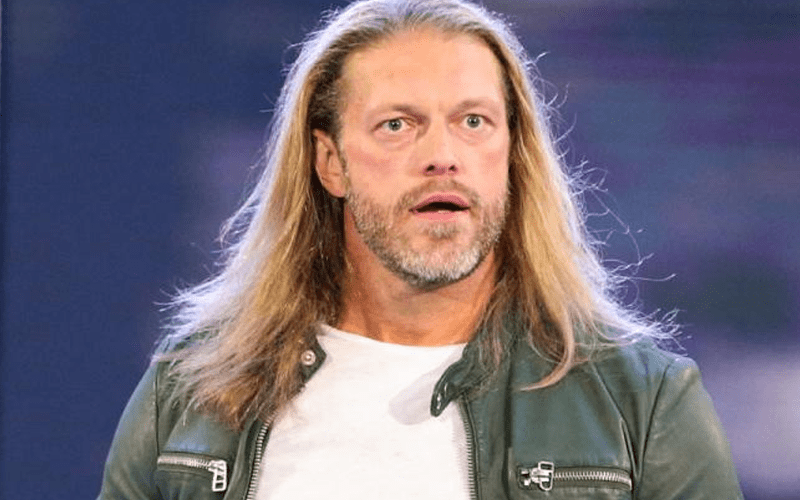 Edge hasn’t wrestled since retiring on April 11th, 2011, but things could be changing. It might not be a good idea to start expecting any kind of full-time return to the ring.

After he was spotted in Pittsburgh on “WWE business” a lot of people assumed he was visiting WWE’s head of medical Dr. Joseph Maroon who practices out of the city. Since then we haven’t heard anything official about the Rated R Superstar’s status.

We do know that Edge is currently filming a movie. He revealed this as he reached out to fans who didn’t receive the autographs they paid for in their WWE 2K20 Ultimate Editions.

Brad Shepard reports on the Oh, You Didn’t Know Patreon that Edge is training for a return, but it’s not clear when he will wrestle again. It is reportedly “believed” that he is gearing up for WrestleMania.

According to a source in WWE, Edge is training for an in-ring return (not full time). The time frame isn’t certain but is believed to possibly be by WrestleMania.

I’m told WWE medical staff will keep a close eye on him.

Edge seems to be doing very well and commented that he could wrestle again. He has also been looking into stem cell treatments.

He does his own stunts in his acting jobs as well and has done a spear on concrete since retiring from the ring. We will keep a close eye on his situation and report anything else we hear right here at Ringside News.

To get this information even sooner, subscribed to the Oh, You Didn’t Know Patreon