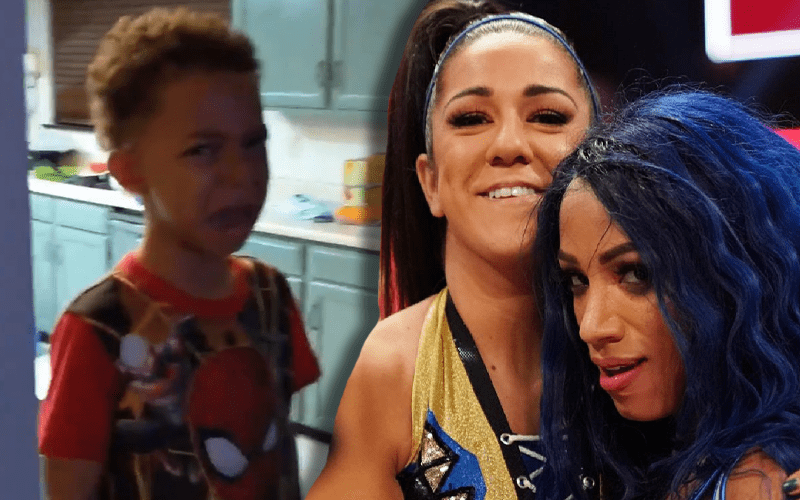 Bayley shocked us all when she revealed that the side ponytail is gone. Not only did she hack off her hair, but The Hugger also hacked up her Bayley Buddies.

This caused one child to cry in a big way and the video went viral. Now Sasha Banks is finally getting around to checking her social media feed and she ran across this video.

Bayley obviously enjoyed this video of the crying young fan because she retweeted it. Banks replied to it saying: “JAJA.”

In case you need a refresher, the translation of “jaja” from Spanish to English is “wow,” or “hahaha.” Typically it’s used in place of “haha” or “lol.” It’s usually positive, therefore, Sasha Banks really enjoyed watching this kid cry.

To be fair to this kid, he’s a young fan and WWE needs more of those. He is also only old enough to remember Bayley unless he gets into WWE’s history. The Bayley Buddies could be his first favorite part about wrestling for all we know. After all, it did set Bayley apart for the longest time. That being said, anyone coming at this kid needs to remember what it was like when they were a young fan.

Bayley is SmackDown Women’s Champion once again and Sasha Banks was picked by the blue brand in the WWE Draft. Now Banks will be on the opposite brand as Alexa Bliss, but she’ll be on the same brand as Bayley. That being said, their heel tandem isn’t likely to stop whenever Sasha Banks can return.