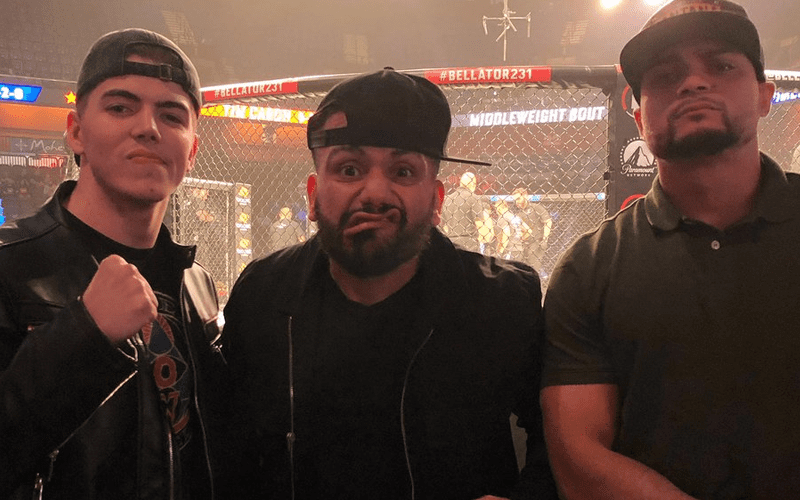 Jake Hager was the big surprise at the end of AEW Dynamite’s debut on TNT. This was a big shock for anyone who didn’t already have a very good idea that this was going to happen.

Hager hasn’t wrestled for AEW yet and there is a good reason for that. He has a big Bellator fight tonight and he didn’t want to risk injury.

Now that the fight is tonight, his Inner Circle crew is there to cheer him on. Sammy Guevara, Ortiz, and Santana are there for a night of MMA action.

Let’s hope that Jake Hager can pull down another win because much of his gimmick in AEW is based around him being a powerful MMA fighter. Either way, he’ll still be able to prove plenty in the ring.