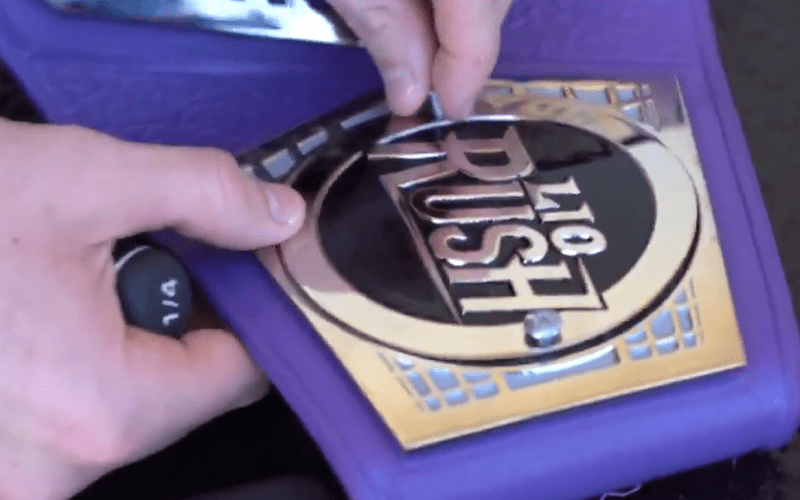 Lio Rush made a big return to the ring and he immediately became a contender for the Cruiserweight Title. Now that title is under NXT’s umbrella and it’s time for Lio Rush’s redemption story to continue.

The Man Of The Hour posted a video marking the moment the NXT Cruiserweight Title was given Lio Rush name plates. This was obviously a big moment, but he let the visual speak for itself with one short phrase included.

“Changing of the guard.”

Lio Rush will be wrestling on Wednesday nights now as he defends the Cruiserweight Title on NXT. You can never count out an appearance on 205 Live as well, but where ever Lio Rush goes with WWE he will never forget the path that brought him there.