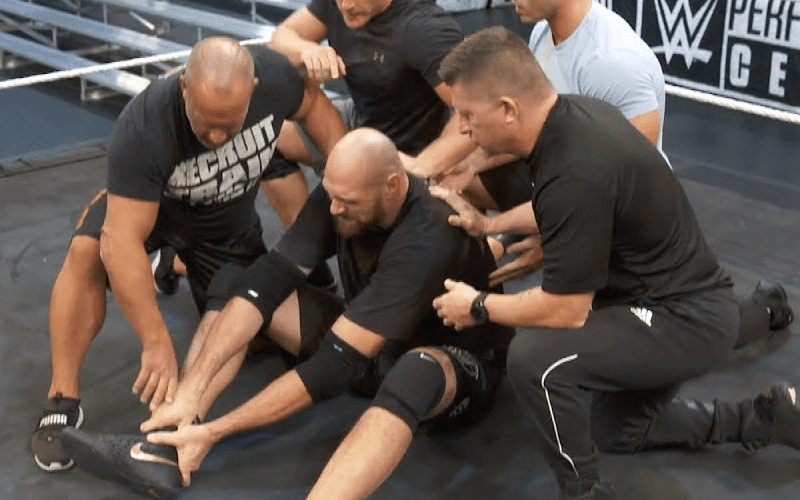 Braun Strowman has a big match set for WWE Crown Jewel against Tyson Fury. The Monster Among Men decided that Fury needed to get his hands a little early.

WWE released a video of Tyson Fury training at the WWE Performance Center. During the video, Fury was practicing shoulder tackles. Then Braun Strowman rushed the ring and hit Fury with a shoulder tackle of his own.

Tyson Fury went down and trainers swarmed around him. Strowman got yelled at and Fury seemed to be holding his ankle like he hurt it.

We’ll have to see how things escalate from here, but now Tyson Fury has an even bigger reason to knock Braun Strowman out in Saudi Arabia.