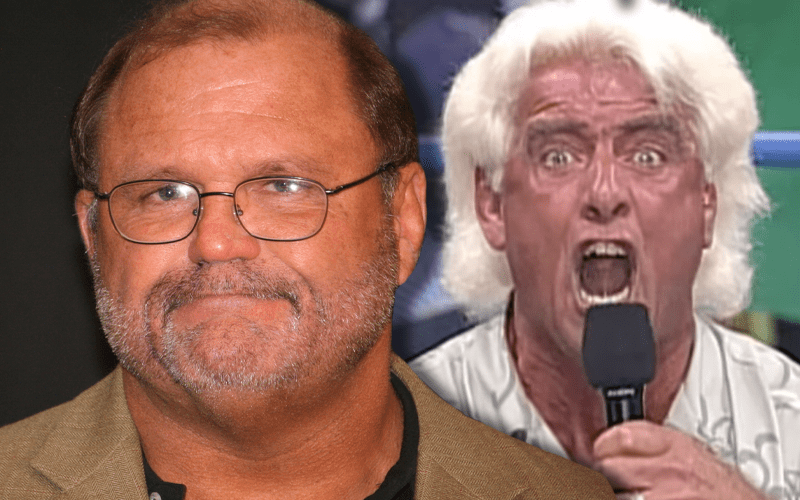 Ric Flair is famous for a lot of reasons. He can Style and Profile like nobody’s business and he can still close down a bar. He is a 16 time World Champion and he also apparently has huge junk.

During the Arn Anderson Show, Double A was taking some questions from readers. Conrad Thompson read one question about his father-in-law’s junk. “When is the first time you saw the baby’s arm” was how the question was posed and Anderson knew exactly what this fan was talking about.

“Oh Jesus. It had to probably be the first time Ric came to Pensacola and probably changing clothes or something I probably just walked around the corner and said, ‘Jesus Christ who’s the skinny three-legged man over there?”

Ric Flair touted some massive numbers of women he’s known on the road. There is apparently a reason for that and Arn Anderson didn’t seem to dismiss The Nature Boy’s legend in the slightest.