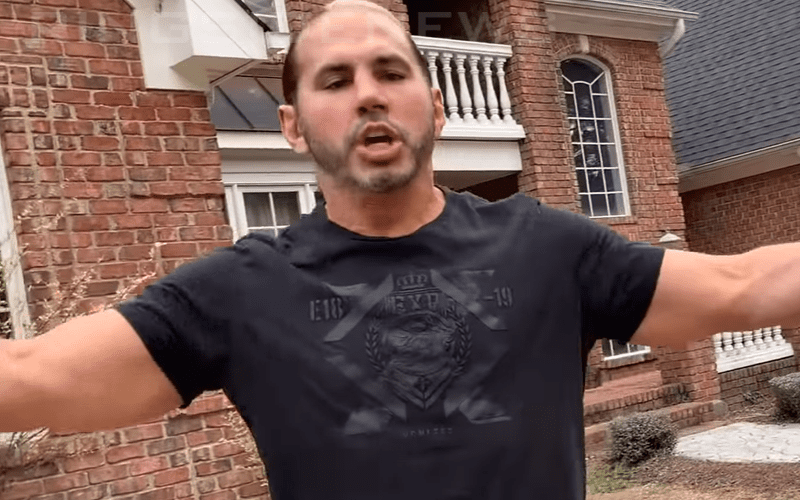 The relationship between WWE and IMPACT has certainly improved over the years, because at one stage, WWE still viewed them as something of a rival to their own product.

It’s safe to say they no longer hold that distinction with All Elite Wrestling seemingly taking over as the number two wrestling promotion in North America. With all of the talent coming over from the company known formerly as TNA, it should come as no surprise to learn that they seem to be more open to working together.

While this doesn’t exactly guarantee that they’re going to do so, the fact that Matt Hardy took the time to praise IMPACT EVP Scott D’Amore on social media is certainly worth noting.

D’Amore made it clear that he would be happy to collaborate with Matt in the future, which will serve as music to the ears of fans who enjoyed his work with the company when his Broken character was first coming into the limelight.

The best that IMPACT can probably hope for right now is WWE asking if the can use some of the image rights from Matt’s time over there in a video package, and to be honest, that wouldn’t be the worst thing in the world.

Alternatively Matt could make a triumphant return to IMPACT somewhere down the line, but given that WWE is his home, we can’t see that happening just yet, either.

Whatever the case may be, the popular opinion is that we all just want to see Matt thriving in a character that works for him.