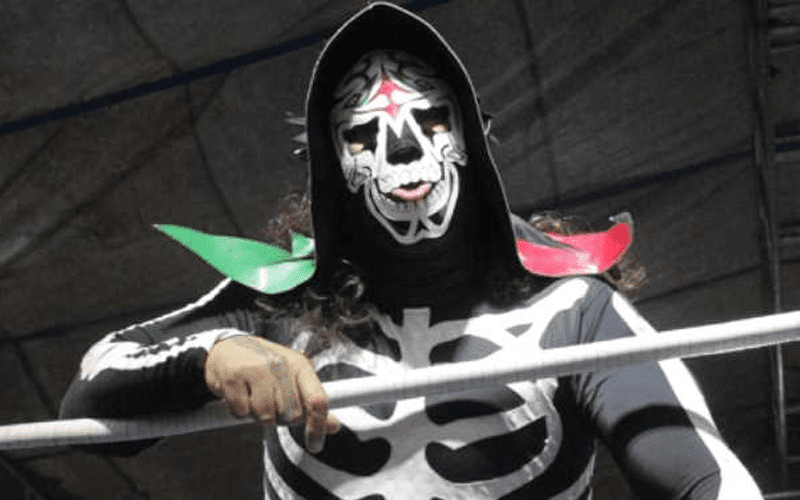 La Parka suffered a tragic accident when taking a dive during a recent AAA show. He was rushed to the hospital while unconscious and when he woke up he couldn’t feel his hands or feet.

He soon regained feeling in his extremities, but then he was rushed off to surgery. He suffered a cervical and neck fracture due to the botched dive. It was a very sad event and he might never wrestle again, but La Parka is not dead.

Bryan Alvarez brought up during Wrestling Observer Radio that there is a fake press release going around saying that La Parka died. It is unknown why someone would want to put this false information out, but it is not the truth. Fans are apparently still sharing this incorrect information.

La Parka is still alive and recovering from his injuries.

La Parka fractured four vertebrae and needed surgery, but he is currently recovering and not deceased. It is also important to note that La Parka is not LA Park although some fans have mistaken the two.