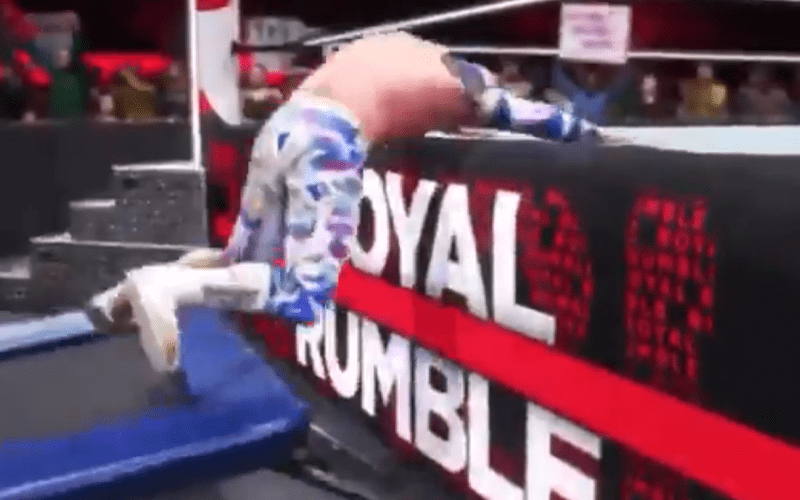 Sin Cara is set to make his return to television next week, but he will also be in the new WWE 2K20 video game. It looks like they gave Sin Cara a little extra attention as well.

Some fans already have the next WWE 2K20 video game before the October 22nd release date. One fan started playing the game and they ran across a very interesting story for Sin Cara.

Cara leaps into the ring during his entrances. He doesn’t do this all on his own because he has a mini trampoline at ringside. This is something that WWE tries not to show on television, but it’s in full focus in WWE 2K20.

During what appears to be the story mode in the game, Sin Cara runs to the ring and hits the trampoline only to have it explode under him. Video game Cara goes smashing into the ring and you can hear Michael Cole say that “his trampoline exploded.”

It is very interesting that this made it into the game. It also makes us wonder if WWE might ever try to recreate this spot in real life.