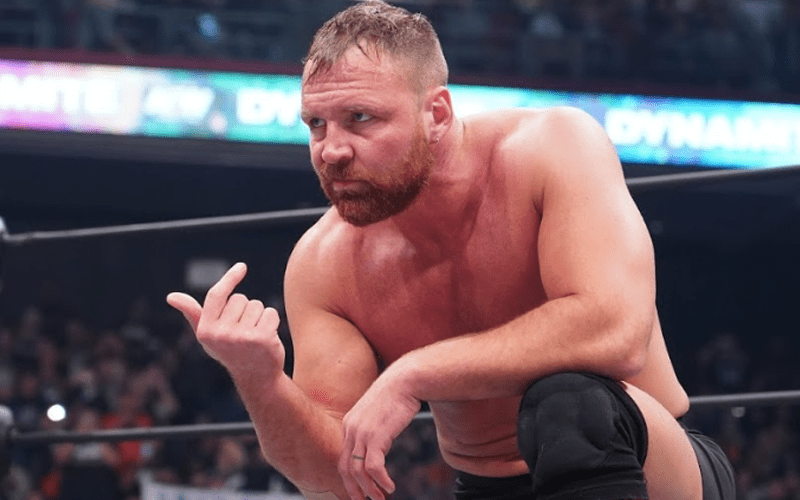 Jon Moxley’s persona is much different from whatever Dean Ambrose was allowed to be. Since leaving WWE, Moxley is unhinged and unscripted which allowed him to do a lot more with the stories he tells in the ring.

While speaking to Screen Geek, Moxley explained his change in style after leaving WWE. This was a decision that he made as he simply “emptied” his brain of every limitation. Now he is doing what he wants as he tells his own version of what Jon Moxley is all about.

“I just basically walked right into AEW, you know, right in to the G1. The thing is, I didn’t really need any time to figure anything out, cause almost as soon as I had my first match in Japan, and just kinda emptied my brain of all preconceived notions. I was like, ‘Just rely on instincts and see what happens.’ I felt like I forgot how to wrestle, then two minutes later I’m beating the holy ever loving sh*t outta Juice Robinson, just beating the f*ck outta him, and I was like, ‘Oh yeah, this is what I used to do all the time! This is what feels natural!’ Just being a mean, aggressive, antagonist. That version of me was something WWE was never interested in so they missed out. But, who cares? Timing is everything.”

“This is the most exciting time in the business, I think, since I’ve been in the business – the most exciting times since I was like 12. And to be at the forefront of it, it feels so good. I’m addicted to this weekly TV now. At the end, when we hit 9:59, 10 o’clock, and we got our first two hours in, and we’re sitting in gorilla, and it was high fives all around… well, I guess it’s not ‘gorilla’… it was like we just won a football game and it was instantly like, ‘Oh, I can’t wait til next week!'”

Jon Moxley has Kenny Omega to deal with at Full Gear on November 9th. The Baltimore event will house two men in Moxley and Omega who are fighting to transform themselves after leaving previous pro wrestling homes. It will be interesting to see what happens next, but nobody’s handing Moxley a script while he does it.