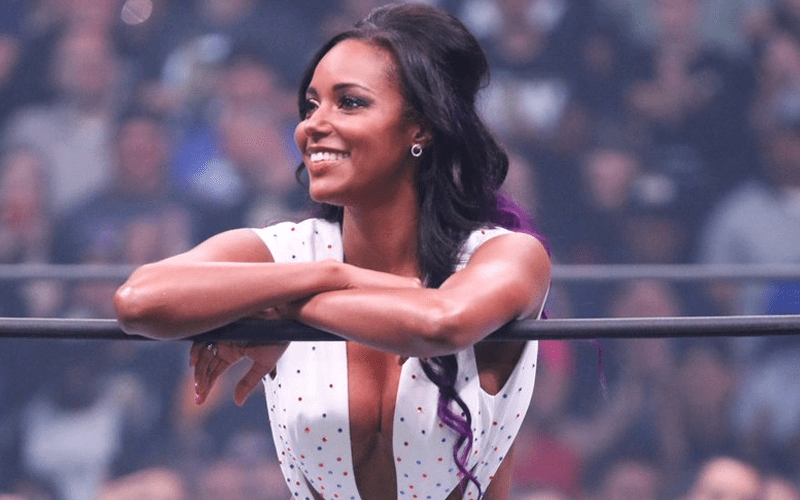 AEW crowned their first-ever Women’s World Champion in Riho, a Japanese woman who doesn’t speak English. In the “other company” this would be an issue. Brandi Rhodes spoke to Still Real To Us and explained why that’s not a problem in AEW.

Rhodes ran through several current stars on the AEW Women’s Roster and explained how she discovered their talent. There are a lot of hurdles that someone might need to jump to make it in WWE, but AEW is much ore open to giving fans the best wrestling regardless of language barriers or many other potentially disqualifying factors.

“In the case of Sadie Gibbs, fans were going, ‘Have you seen Sadie Gibbs?’ I’m like, ‘Who the hell is Sadie Gibbs?’ I looked into her work, and went, ‘Wow, this is why these people are so into her.’ She’s very talented. Never mind she’s in England, never mind she’s never been on television before—this is something that people want to see.”

“It’s the same with everyone. With Riho, she doesn’t speak English. Is that something that’s going to keep us from having her on our roster? No! She’s incredible. She’s got incredible heart, and very, very talented in that ring in many different ways.”

Rhodes and Kenny Omega had a huge hand in crafting the AEW Women’s Division. They might not be done pulling people in and introducing a new audience to more unseen talent.