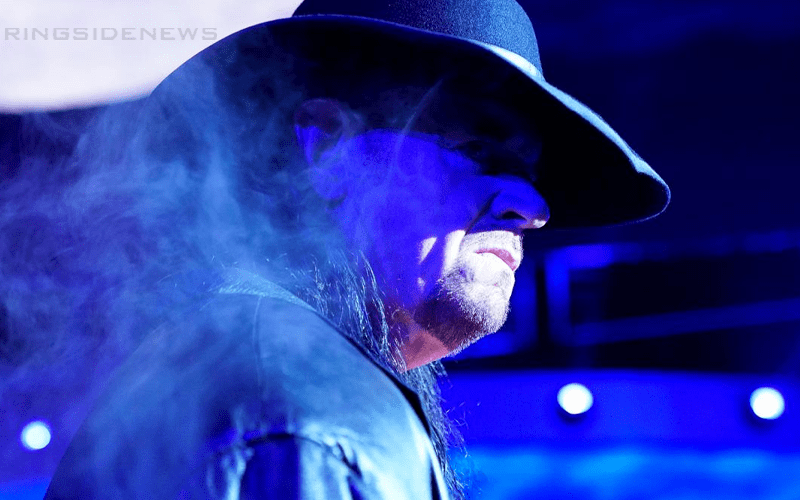 The Undertaker wrestled in Saudi Arabia against Goldberg, but he’s not making the trip this time around for Crown Jewel. This has upset some of his fans in the Kingdom Of Saudi Arabia.

Wrestling Club, a very popular Arabic language brought up the fact that a hashtag has started against WWE’s decision to not include The Undertaker at Crown Jewel.

This hashtag translates to #WeWantUndertakerInRiyadh.

Hashtag was launched #مشاركة_اندرتيكر_في_الرياض To ask His Excellency the Chancellor @Turki_alalshikh In the presence of the phenomenon Undertaker to show Riyadh Crown Jewel!

The Undertaker was just in Saudi Arabia where he appeared on a giant WWE themed float. There were huge depictions of himself and Roman Reigns on this float as well. So, he was just there and fans aren’t happy that he’s not coming back to wrestle.

You can click here to see the WWE parade float in Saudi Arabia complete with The Undertaker riding under a giant version of himself.