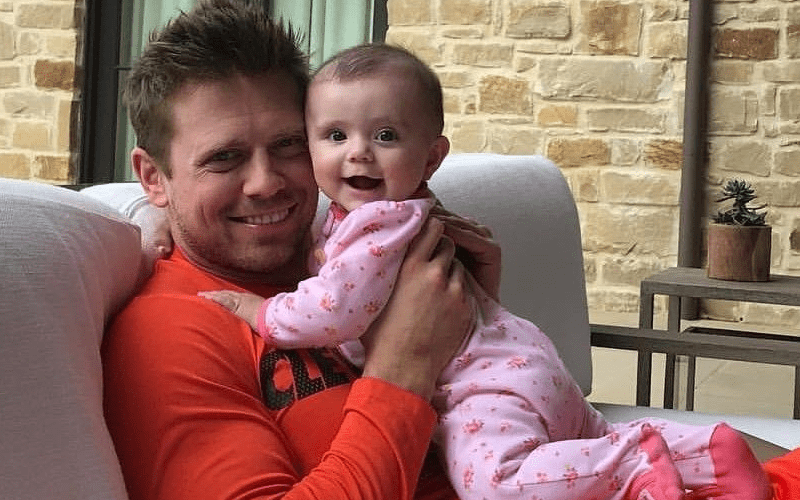 The Miz was a fan of WWE long before he became a WWE Superstar. He is living his dream now with Vince McMahon’s company while he uses his previous fanboy obsession to provide for his family.

While speaking to Metro.uk, The Miz revealed that his daughter Monroe actually does watch WWE. She might now know what is going on, but she loves the colors.

“Right now, they’re really young. Whenever Monroe sees WWE on, she always likes to sit down and watch because she loves the colors.”

“There’s so much going on for her eyes to see, she actually likes it!”

Monroe might have a bit more interest in WWE once she realizes that her daddy is one of the men on that colorful television show. Children who start watching pro wrestling at an early age not only grow up with it in their lives, but they also have a higher likelihood of being lifelong fans. It sounds like The Miz is doing his part to keep the pro wrestling fandom going in his family.