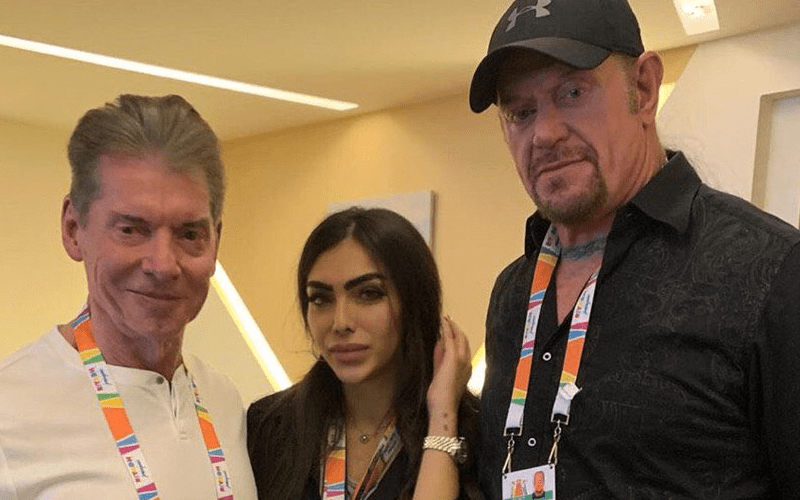 Vince McMahon is a very busy man, but he took some time out of his schedule to make a trip to Saudi Arabia ahead of WWE Crown Jewel. He also had The Undertaker along with him.

Along with a picture of McMahon and Taker taken a couple of days ago, the caption from Wrestling Club when translated into English reads:

Image of the presence of the phenomenon Undertaker and Vince McMahon in the city of Riyadh.


We previously reported that a movement has started online to book The Undertaker at Crown Jewel. That match might not happen on October 31st, but McMahon and The Dead Man were able to spend some quality time in Saudi Arabia.

The Undertaker also took part in a big parade where he stood on a WWE themed float.