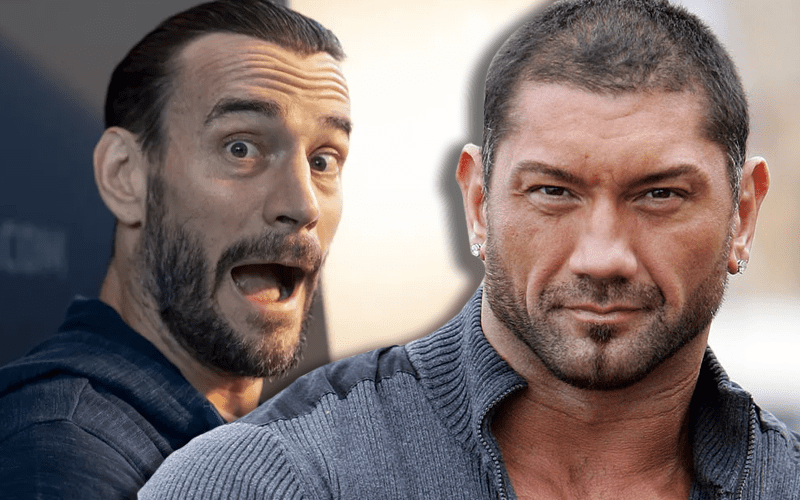 Dave Bautista’s acting career took him away from WWE and keeps him very busy. He was able to come back and wrestle one more match at WrestleMania against Triple H the way he wanted.

CM Punk is focusing on his acting career as well, but he’s not opposed to working with his former fellow Superstar Batista. When asked on a Reddit AMA “If you could work with any actor/actress who would it be and why?” CM Punk only had one answer.

His reason for wanting to work with Batista also brought back a long-running joke about The Animal.

Dave Batista because we’re friends and we’re comfortable together and I know how big his penis is!!

At this point, Hollywood is missing a big opportunity not to cast a former WWE Superstar all-star movie with The Rock, Batista, CM Punk, Steve Austin, and whoever else they might be able to cast in the film.

We’ll have to see if CM Punk and Batista end up sharing the big screen some day, but it’s nice to know the legend about how big Dave Bautista’s junk is hasn’t gone away.