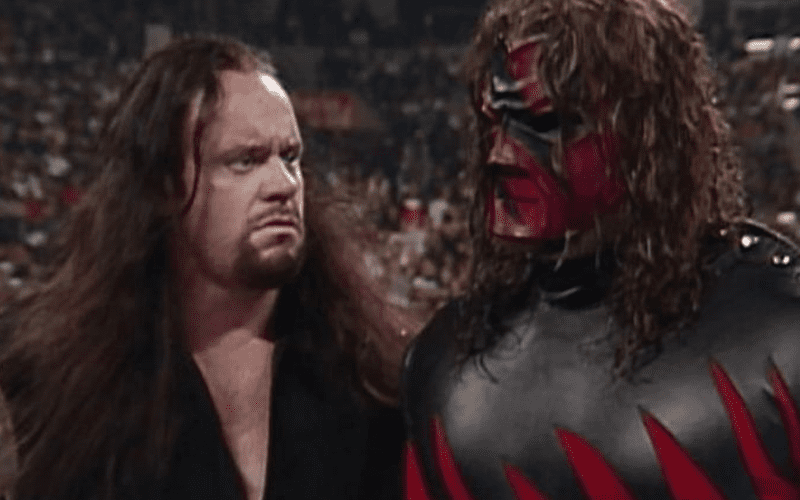 Kane was introduced to the WWE Universe as The Undertaker’s little brother. This mounted to a big WrestleMania match for The Dead Man so he wanted the Kane gimmick to work.

The Devil’s Favorite Demon is now Mayor of Knox County, TN. Kane recently spoke to KHQA where he revealed that he knew from the get-go that Kane would work as a character. He had portrayed a dentist and a fake Diesel before, but WWE and The Undertaker were already behind his new incarnation.

“And the first night you go out and you have that debut and all of that. I mean, you just know that’s gonna be awesome. For how long, is a very different question. And if you had asked if I’d been able to keep on doing this for going on a quarter of a century I would have said no way, that’s not going to happen. I mean, if I’d have had four or five years, I’d have probably been like, ‘Ah, that’s probably going to be about it.’ But I’ve been very fortunate and very blessed that it has carried on this long. And I’ve reinvented myself a number of times. WWE has always just given me tremendous opportunities and I’ve had great people to work with. So if anybody ever had a great opportunity that they could take advantage of, it would certainly be me.”

Kane isn’t wrestling very often, but if WWE is rolling through Knoxville he still might make an appearance.

Fans will never forget that first run with The Undertaker as it helped cement Kane in WWE history. After that point Kane’s character took off in many different directions both with and without his famous mask.