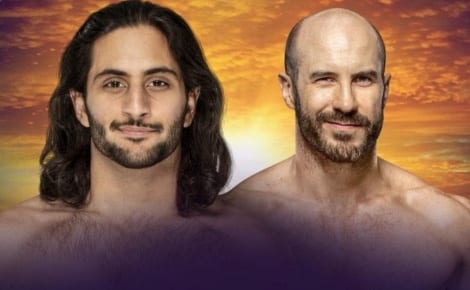 As seen on Sky Bet, the betting odds for Mansoor vs Cesaro at WWE Crown Jewel have been released.

Mansoor’s rise through WWE has been gradual, as he continues to represent his home nation of Saudi Arabia in an attempt to become the country’s first big star in the world of professional wrestling. So far, it seems to be going fairly well.

At Crown Jewel he is set to square off against Cesaro with the expectation being that the Swiss Superman will assist in putting over Mansoor in front of his home fans – which isn’t exactly the worst idea we’ve ever heard.

It won’t come as much of a surprise for fans to learn that Mansoor is indeed a strong 1/6 favourite to come away with the win, whereas Cesaro is the notable underdog at 4/1.

While that’s kind of to be expected given the trajectory of both men within the company, it’s still frustrating to see that Cesaro isn’t really being given his chance to shine as a main event star. Many feel like his time has been and gone, but there are still some holding out hope that he can make a run at the big time one day.

Whether or not that comes to fruition remains to be seen, but for now, we can just hope that he is able to get a strong showing out of Mansoor. The kid seems to possess an interesting set of skills so the potential is certainly there, but it all depends on whether he can live up to the hype.