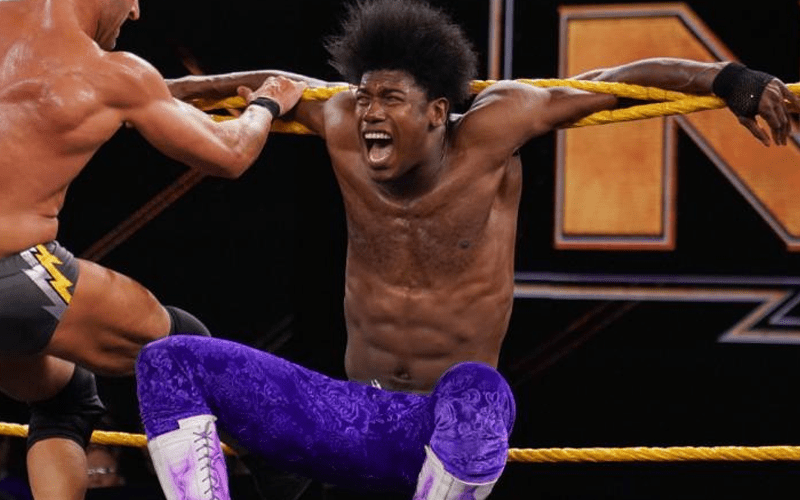 Velveteen Dream was seemingly written off of television this week on NXT. He is currently injured, but this isn’t a new injury for him.

The Wrestling Observer Newsletter noted that Dream is out of action with a back injury. He’s been wrestling while hurt for “some time,” but it recently got bad enough to pull him from action.

He had a rematch scheduled against Roderick Strong on October 23rd, but he will have to wait to get another shot at the NXT North American Title.

William Regal said on NXT that Velveteen Dream won’t be back for a long time. No return timetable was noted.