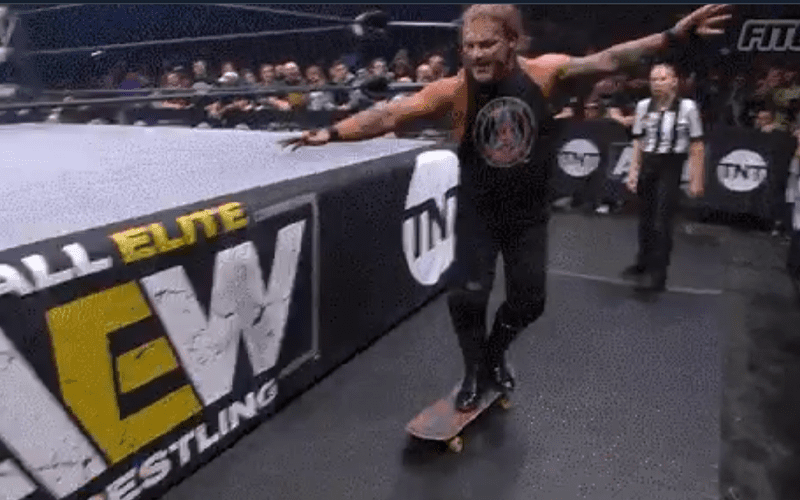 AEW Dynamite goes to commercial break on TNT, but those watching in other parts of the world outside of the USA and Canada get to see everything.

Y2J showed off some of his skateboarding skills as he took a little ride at ringside during their match. This was something that the fans watching in the USA and Canada would have probably really enjoyed.

Hopefully, AEW will put out a full-length version of this video soon, but at least it exists in animated gif form for now.