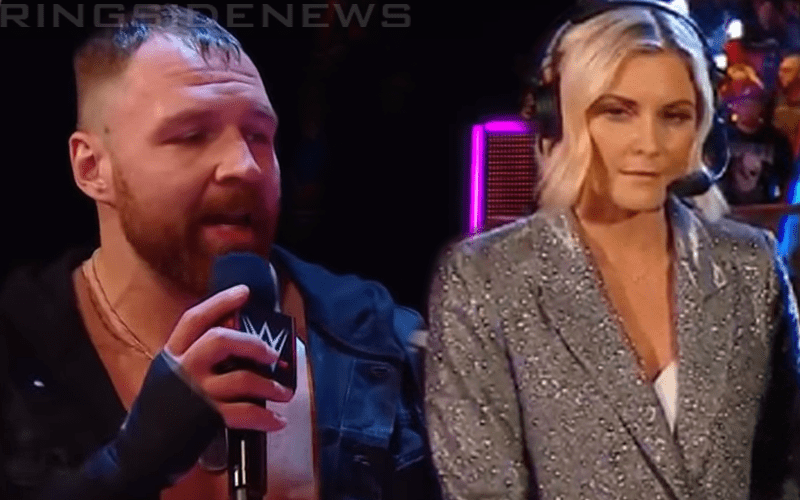 Renee Young is now host of WWE Backstage and making that Fox money. Her husband Jon Moxley left WWE and ended up in AEW, but will they work for the same company again?

Screen Geek recently spoke to Jon Moxley where he was asked about his wife. The question was posed about whether Young would ever be interested in joining him in AEW.

At this point, Renee Young is very busy and she also has goals outside the wrestling business as Mox explained.

Uh, she’s got A LOT of stuff on her plate. Alot of things she wants to do. I mean, you’d have to ask her what all her goals and aspirations are, but she has a lot of them outside the wrestling business. Right now she’s just like, right now over there she’s completely invaluable. She has a lot of great opportunities with Fox, and uh, which is great for her, and uh, her, you know, I uh… her future is in her hands, she can do whatever she wants, and she’s uh… It’s good to be her right now. A lot on her plater right now, a lot on her plate. It’s very cool, you know?

You can never say never in the world of pro wrestling, but Renee Young seems to have a pretty great deal with WWE right now. It’s unclear what kind of deal she has with Vince McMahon’s company, but at this point she seems to be very happy hosting WWE Backstage on FS1 as she expands her hosting resume.