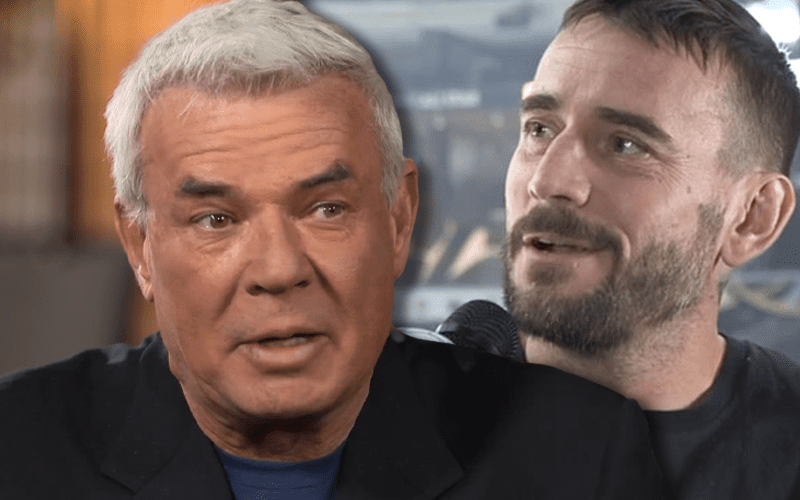 CM Punk was sent his release from WWE on his wedding day. This is something he will never forget about.

Eric Bischoff had four months as Executive Director of SmackDown. That all ended when he was fired yesterday and replaced by Bruce Prichard.

Bischoff’s podcast 83 Weeks never stopped, in fact, they only got bigger during his time with WWE. The podcast sells many t-shirts and one of them says “Fired,” but it looks liked the FedEx logo. This is a joke about how he fired Steve Austin via FedEx.

CM Punk saw a post advertising this shirt and he took the opportunity to ask an honest question.

Eric Bischoff was already married, but it was still an untimely termination. Then again, after reports came out after he was let go things might have never been that good with Bischoff and WWE this time around.