Welcome to Ringside News’ results for the third episode of AEW Dynamite.

Tonight’s episode of Dynamite is set to be the biggest yet, thanks to the AEW World Championship bout between Chris Jericho and Darby Allin, and the AEW Women’s Championship match between Riho and Dr. Britt Baker. These are two huge matches that could shake-up AEW, but will more than likely just be great bouts.

Speaking of great matches, we’re always getting another two rounds in the AEW tag team tournament tonight, with Jurassic Express taking on the Lucha Bros, and SCU facing Best Friends. Based on the rundown of the tournament so far, the underdogs may come away with the wins here tonight, but my guesses are SCU and Jurassic Express going through.

The final match announced for tonight’s show is Jon Moxley and PAC taking on Kenny Omega and Hangman Page. Last week, PAC attacked Omega, seemingly inserting himself into the feud between Kenny and Moxley. So tonight we get the first taste of these men going head-to-head, and it should be blistering action.

And that’s the preview for tonight’s AEW Dynamite. You can follow along on the Ringside News app or by following us on Instagram and Twitter. Enjoy the show!

Dynamite opens with Frankie Kazarian and Christopher Daniels making their way to the ring. Halfway down the ramp they’re attacked by The Lucha Bro’s! Ray Fenix drives Kazarian into the ring post, then Pentagon Jr. hits Daniels with a package piledriver on the steel ramp! Fenix is about to do the same to Kazarian when Scorpio Sky comes out and runs them off. Officials come out and help put Daniels on a stretcher. The Bucks come out and see him put on the stretcher as well, while Scorpio Sky agrees to take his place in the match.

Kazarian starts the match against Chuck Taylor – which flies in the face of logic – and he forces him to the corner with punches. Taylor turns the tables and whips Kazarian back-first into the turnbuckles. Frankie’s back is hurting from the attack.

Trent comes in and Taylor tosses Kazarian at him for a cutter for a two-count. Trent hits a dropkick to the back of Kazarian and Scorpio comes in to make the save. Trent hits Scorpio with a German suplex. Taylor takes the shoe off of Scorpio, then bites his toes! Trent and Taylor turn their attention to Kazarian on the outside and slam him into the apron and the steel barricade.

Scorpio comes over but Chuck hits him with a double foot stomp from the apron. Trent then drops Kazarian with a big spear on the floor. Trent gets Frankie back in the ring and chops him in the corner. Kazarian is set on the top rope and Trent looks for a superplex but Kazarian punches him down, then punches Chuck down on the apron, but Taylor lifts Trent onto his shoulders and they hit Kazarian with an assisted superplex for a two count.

.@ScorpioSky makes it look easy even when he’s wrestling with just one shoe on! #AEWDynamite #AEWonTNT pic.twitter.com/olWV7toHSD

Trent beats on Kazarian in the corner but eats a back elbow. Kazarian makes the tag to Sky after rolling under a clothesline. Sky comes in hot with clotheslines and dropkicks to Trent and Chuck. He hits Taylor with a nice jumping double foot stomp to counter a back body drop. Sky knocks Trent from the ring and looks for a dive but Taylor punches him in mid-air! Taylor then dives over the ropes but Sky moves and he hits Trent! Frankie jumps over the ropes and hits Trent with a hurricanrana on the floor, then Sky comes over the ropes with a tope to Best Friends!

Back in the ring, Sky whips Trent into the turnbuckles, then delivers a spinning back elbow. Kazarian tags in and body slams Trent, followed by a springboard leg drop for a near-fall. Taylor makes a blind tag and helps Trent hit a combination tiger suplex. The Best Friends make to hug but Sky comes in and attacks them. Trent shoves Sky into Taylor, who hits a leaping knee, followed by a knee from Trent and Scorpio rolls from the ring.

Best Friends hug, then hit Kazarian with a Doomsday Knee from the top rope but he kicks out! Trent takes Kazarian to the apron and looks to hit a piledriver but Sky stops it. Scorpio tosses Taylor into the apron, meanwhile Kazarian flips Trent over and he lands on the apron. SCU get Trent into the ring and hit a powerbomb/dropkick combo for the win.

SCU progress to Round 2 of the tag team tournament, despite the attack before the match.

Santana & Ortiz Vs. The Beaver boys

The match begins with John Silver and Santana, with the latter ducking a clothesline and kicking Reynolds off the apron. Silver kicks Santana but he no sells it and drops him with a kick. Santana whips Silver to the corner and delivers a back elbow, then tags Ortiz. They hit a powerbomb and a catapult into a knee. Santana then dives through the ropes to dropkick Reynolds on the outside.

Ortiz bites the ropes, then takes his gloves off. He chops Silver, meanwhile Santana has been attacking Reynolds on the outside. Ortiz makes the tag from a completely illegal position and they hit Street Sweeper for the win.

After the match, Chris Jericho appears on the big screen. He says that Santana and Ortiz are street thugs and they’re the best tag team in the world. Jericho says they want to beat The Young Bucks. He says The Young Bucks are one of the best he’s ever seen, but they’re not thugs. He challenges the Bucks to a match at Full Gear on November 9th. That was an annoying promo because the entire time Jericho was talking, Santana was screaming “The Best!” over and over.

We see a video of Cody at home with Brandi. He isn’t paying attention to her, then leaves the house and drives off. There’s clips of people like Brandi, MJF, and DDP saying Cody is incredibly determined and won’t stop until he is AEW Champion. JR says Cody is juggling owning and running a company, while Chris Jericho has nothing to focus on but the match. DDP says there’s something missing with Cody, no matter how much he has accomplished, and MJF says this is everything to Cody and he needs it to prove that him leaving “the other place” wasn’t a mistake. That whole promo was based on Cody Vs. Jericho, which seems silly considering there’s a World title match tonight.

The match gets underway and they lock-up with Baker forcing Riho to the ropes. Baker hits Riho with an arm-drag, then again, and the Champion gets frustrated. Riho runs at Baker but gets hit with a snapmare and lands on her feet. Riho hits Baker with an arm-drag but Brit holds on and wrestles Riho to the bottom rope.

Baker takes Riho down and tries to lock-in Lockjaw but Riho fights to the ropes and rolls to the apron. Baker drops her with a forearm but Riho fires back with a right hand and heads up-top. Baker meets her on the middle rope and looks for a superplex but Riho fights her off and hits a crossbody. Britt rolled through for a pin attempt but Riho slid up-and-out before delivering a dropkick.

Riho looks for a few pin attempts but Baker kicks out and counters an inside cradle with a swinging neckbreaker. Baker connects with a superkick for a near-fall. Riho hits a suplex for a two-count, followed by a single leg Boston crab. Baker considers tapping but crawls to the bottom rope. Right away, Riho heads up-top and hits a double foot stomp to the back but Baker kicks out!

Riho hits a running double knee strike for a two-count, then looks to hit it again but Baker dodges and hits a ripcord elbow, followed by a swinging neckbreaker. Baker applies Lockjaw and pulls Riho’s hair to get her hand in her mouth, but Riho rolls over and pins her to retain!

The announcers say that Christopher Daniels suffered a stinger earlier tonight and should be fine. 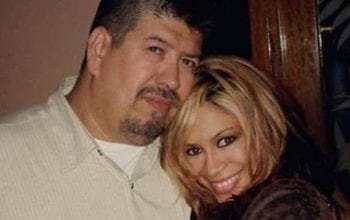