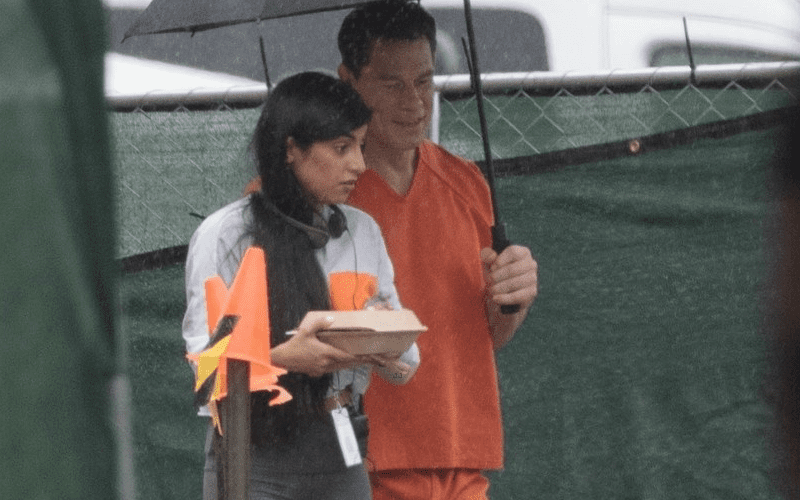 John Cena’s movie career is taking off and he’s currently filming yet another franchise. Suicide Squad two was recently filming in Atlanta and a photographer was able to snap a pic of Cena while wearing some orange.

It’s unclear which character Cena will play in the next Suicide Squad film. It is said that whatever role he got was one Batista turned down.

We’ve heard rumors that he could be playing the Peacemaker, but whoever he is portraying spends some time behind bars.

You can check out the pictures below that Just Jared was able to acquire among the many photos from the Suicide Squad 2 set.