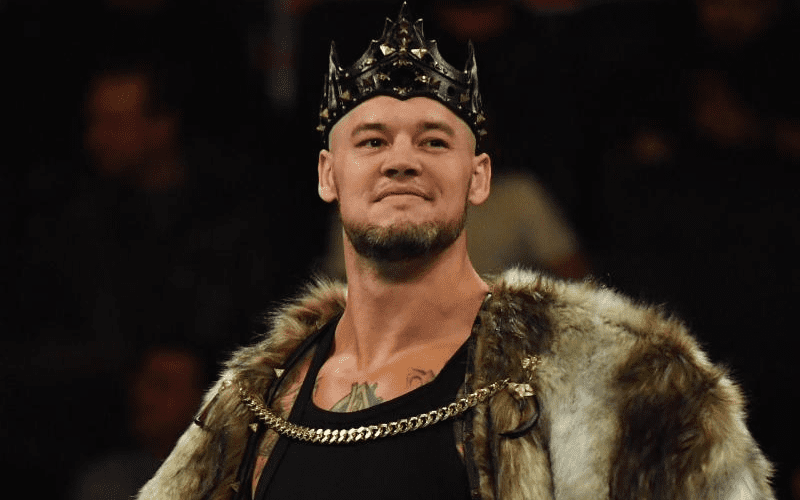 King Corbin is now a SmackDown Superstar, and he has new merchandise to go with it. It turns out that he isn’t done trolling Game Of Throne fans either.

A lot of fans drew similarities between King Corbin’s get-up and the famous GOT look. Now with Baron Corbin’s new t-shirt they are making things pretty obvious.

Corbin was the Lone Wolf before becoming commissioner and then King. That design plays into King Corbin’s new merchandise, but some fans still see a glaring similarity between Corbin’s new design and the Stark family crest.

You can check out the two images below and see for yourself.