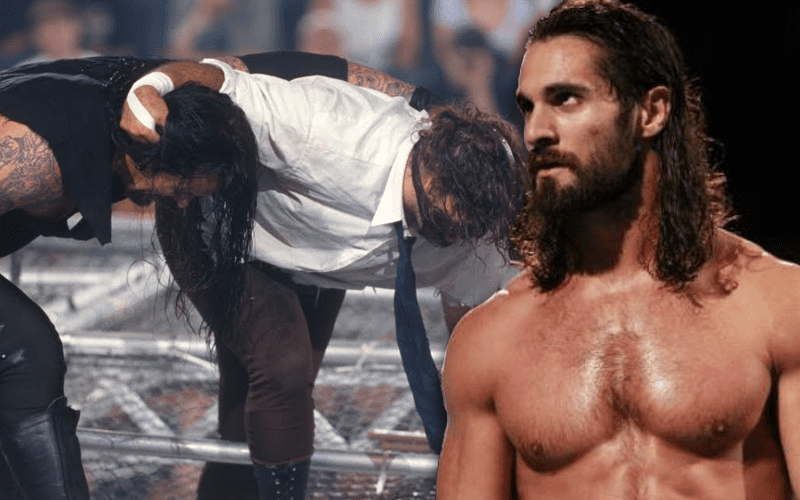 Seth Rollins is Universal Champion and is still living with the aftermath of a terrible Hell In A Cell finish. This is something he might want to let go of.

David Weissman made a comment that Seth Rollins’ match against Bray Wyatt at Crown Jewel might end in a DQ. This was after their Hell In A Cell match ended with referee stoppage which was a point the Architect had to make.

Correction: it ended in a ref stoppage. When a body isn’t moving, the official has to make the right call.

Rollins then received a reply that was simply an animated gif of The Undertaker throwing Mankind off of the Hell In A Cell structure from their famous match over 21 years ago. This caused Seth Rollins to reply that the referee should have probably stopped that match as well.

I imagine Mick and Taker might have liked the ref to stop the match there. Might have added a few more years to Mick’s incredible career. Just a thought.

It seems like fans aren’t going to let Seth Rollins live down retaining the Universal Title at Hell In A Cell. As long as he keeps defending WWE’s creative decision there will likely be fans who keep coming up with legitimate holes in their logic.