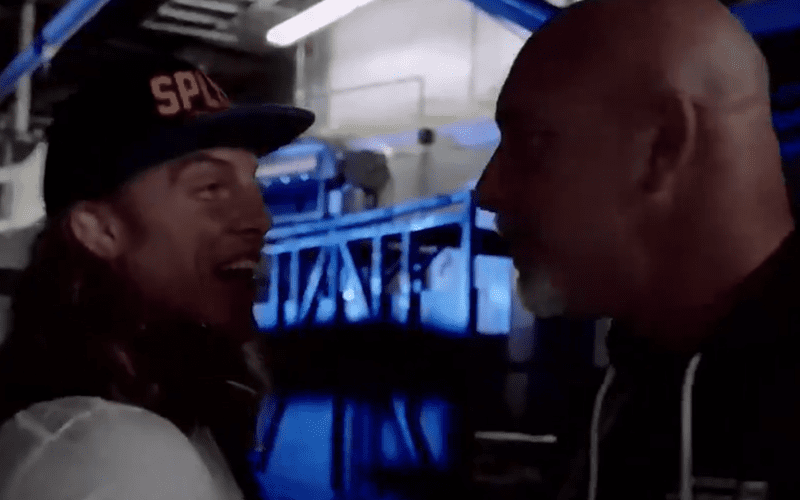 Goldberg isn’t Matt Riddle’s biggest fan and their SummerSlam encounter was documented and shown in full during Goldberg’s WWE Network special following Hell In A Cell.

Matt Riddle and Goldberg’s SummerSlam meeting went down pretty much how Riddle said it did. It was a bit tense, but one thing we can be certain of is that Goldberg knows who Matt Riddle is.

The two actually seemed cordial with each other, but the subtext was certainly there that some underlying tension exists.

This makes the fact that Goldberg said he didn’t know who Riddle was even more interesting. The Original Bro commented on this footage in his own way.

We’ll have to see if Matt Riddle and Goldberg will ever meet in the ring. This footage of their actual backstage encounter certainly proves that they at least know who each other are.