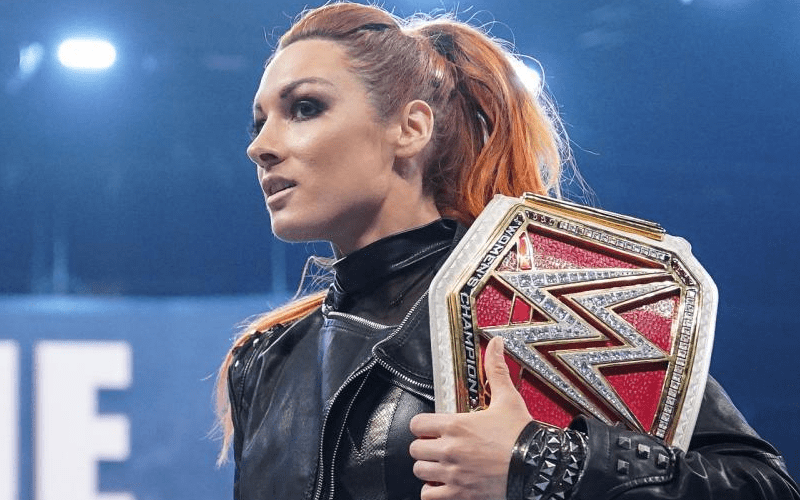 WWE held their first-ever all-female pay-per-view last year, but that didn’t happen in 2019. Becky Lynch would like that to not be the case in 2020.

While speaking to IGN, Becky Lynch was asked about WWE holding another Evolution pay-per-view. She said that the WWE women’s division is stacked enough where they could do one.

The Man would also like to see anyone step up to face her. That is what she’s always wanted. After all, she can’t main event WrestleMania all by herself.

“Possibly. I mean, we have such a deep well of female talent. And a lot of them aren’t being featured very often and I would like to see them step out more. I’ve often said that I want everyone to challenge me. I want everyone stepping up to me. I want everyone looking for that top spot. Because that’s what drives me to do better. If everyone’s resting on their laurels, and feeling complacent, then we can’t get better. I can’t main event WrestleMania by myself. And I got a taste of it and I don’t want to give up that spot. I want to main event WrestleMania again and again and again.”

Perhaps someone will step up to Becky Lynch that will cause WWE to write another female main event for the show of shows. Last year was a very special time for the WWE Women’s Revolution. She didn’t mention Ronda Rousey being a big part of that main event, but it might not have happened without the Baddest Woman On The Planet either.