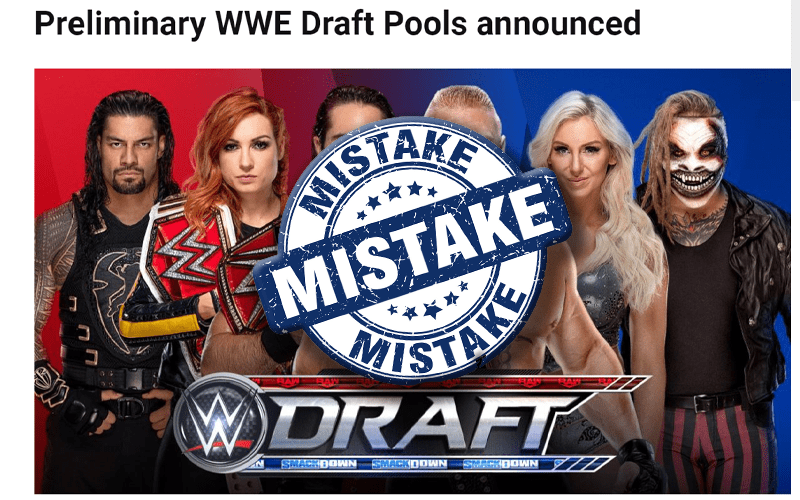 When WWE released their Draft Pool, the WWE website put them up, but they didn’t pay attention to close instructions first.

Once the draft started, fans noticed that the order of draft picks was pretty much what was posted on WWE’s website. This was a big mistake.

Dave Meltzer explained during Wrestling Observer Radio that the website people were told to mix up the list in alphabetical order. This small oversight caused some huge spoilers.

“Okay so here’s the thing as far as what happened on Friday, you’ll love this story so this is the story. They were sent these lists and I would not be a bit surprised if that RAW list is exactly accurate as to what it’s gonna be. They may change it, they may not. They didn’t change SmackDown though so you know.”

In case you need a refresher, this could very well be the order that they use on RAW this week unless they change things around. We just have no idea which brands the Superstars are going to.

It is interesting to see how low down the WWE Women’s Tag Team Champions are on the list.

Let’s just see if they change things up or they keep it as-is, but the list was pretty much identical from last week except for the inclusion of Heavy Machinery.