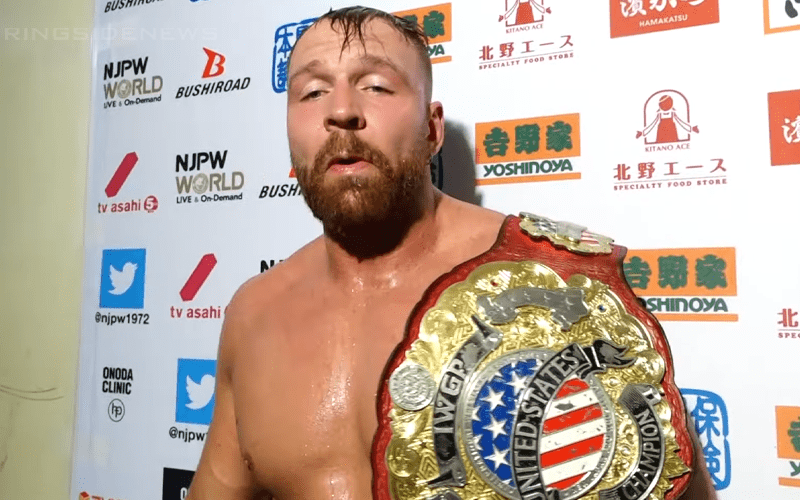 Jon Moxley defeated Juice Robinson in Mox’s first match after leaving WWE. This was a big moment for the former Dean Ambrose and he became IWGP United States Champion in the process.

Juice Robinson is not happy at all about Jon Moxley’s lack of involvement with New Japan. He called Mox out for not defending his US Title and seemingly set the stages for a future encounter.

“Of course. It’s like with Cody. I’m the only one who defends that title,” said Robinson. “Cody had it for a cup of coffee, now Moxley. They win the title and just sit at home. How many times did Cody defend it?”

“He limped out and they canceled it. That’s not what a champion is. And what’s Moxley done? Sat on his ass, getting his triceps stapled up. Injuries happen, but at least when I had that belt I defended it as much as I could. I was on the road up and down Japan, a fighting champion, and damn it, I should be the champion again. Forever. When you think of titles, you think of people. Like when you think of Ricky Steamboat you think of him as an Intercontinental Champion. Think of the IWGP title and you think of Okada, or Tanahashi. I want people to think of me when they think of the US Championship.”

We’ll have to see where this one takes us, but Jon Moxley is contracted to work with NJPW though Wrestle Kingdom 14. After that, it seems as if he will be quite busy with AEW and it might be preoccupied until then as well.