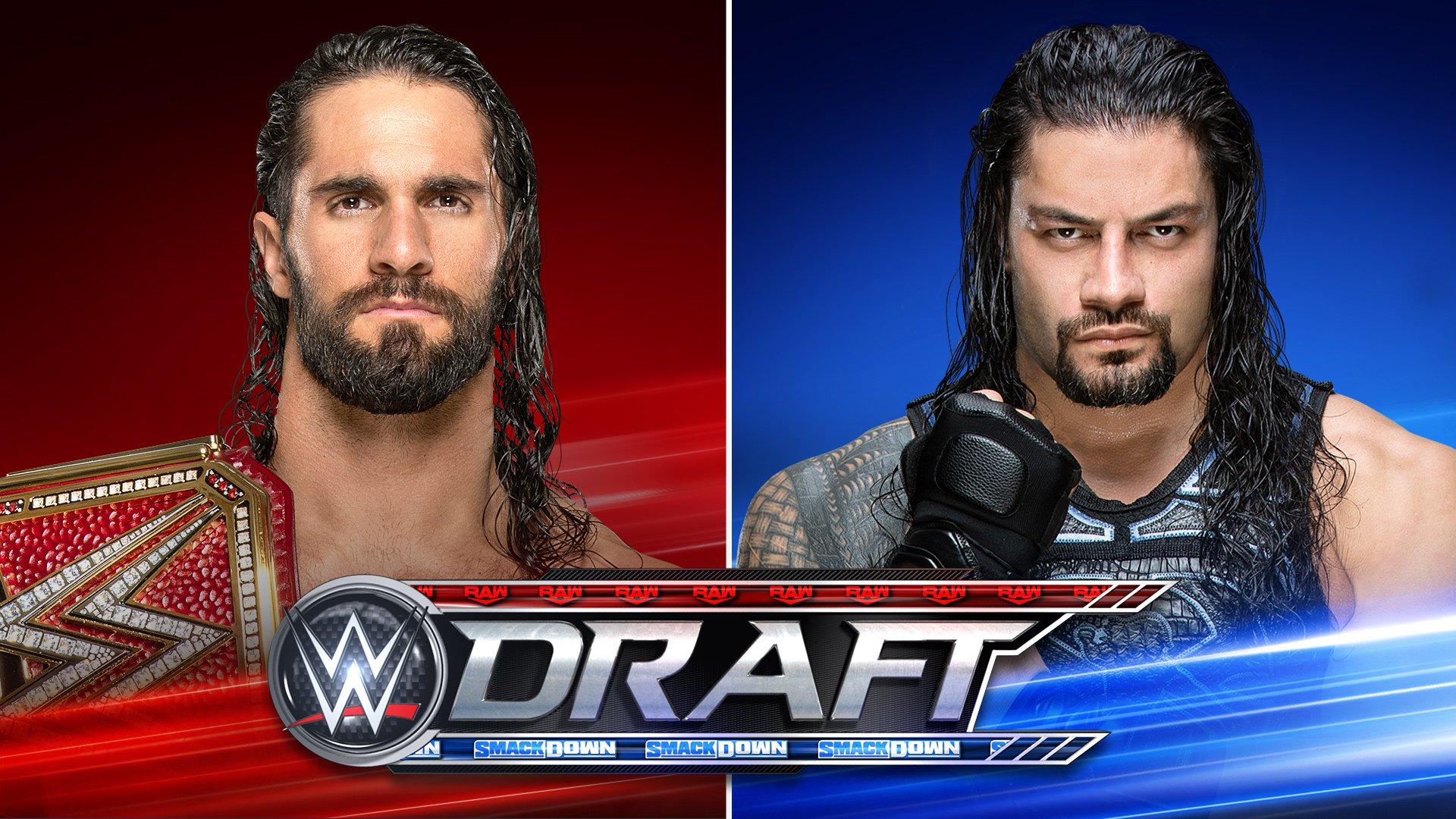 You never know what can happen when WWE holds a Draft. That will go down tonight, but it’s not the only thing slated for tonight’s episode of Friday Night SmackDown.

Seth Rollins and Roman Reigns will start out the night as they battle in singles competition. The winner of that match will snag the first pick in the WWE Draft for their respective brand.

Charlotte Flair will defend her SmackDown Women’s Title against Bayley. It is always interesting when WWE schedules a title match on the night of a Draft so we’ll just have to see what happens.

Kevin Owens might be listed on the alumni page, but he is expected to be in the building tonight. He got to fire Shane McMahon last week so he could be looking for a new enemy at this point.

You can check out the full run-down from WWE below:

They did a fist bump before getting started. The match started slow as they tried to get one over on each other, but it seemed like they knew each other too well.

Seth went for a suicide dive, but Roman stopped him. Then Rollins avoided a driveby. They got in each other’s face and then the two started laying in punches.

Reigns hit more punches than Seth and then clotheslined him. This was followed by Rollins getting sent out to the outside and then we went to commercial.

They reversed each other’s suplex attempts a few times and then Rollins got the upperhand, but he missed the stomp. Roman hit a powerbomb for a two count.

Roman geared up, but missed the Superman Punch. Then Seth clotheslined him to the floor and hit his suicide dive… then he hit another one before rolling Reigns in the ring and he hit a springboard knee to Roman’s head. Rollins hit a frog splash off the top for a two count.

Rollins started gearing up to Burn It Down, but Roman avoided the stomp. Then they traded strikes and Rollins hit a bucklebomb, but Reigns bounced back into a Superman Punch for a two count.

Roman wanted a spear and Rollins countered into a pedigree (kind of) for a two count. Graves called it “a modified pedigree.”

Suddenly, the lights went out and The Fiend came up through the ring and pulled Seth Rollins down under the ring. Then some smoke came out and so did Rollins. The Fiend poked his head out and we got a nice visual.

Then Bray Wyatt left as the screeching continued from his “music” and then they cut to commercial.

Stephanie McMahon came out and asked why people weren’t booing her. RAW’s first pick was Becky Lynch and Roman Reigns went to SmackDown. The OC went to RAW as a trio. Good.

Bray Wyatt went to SmackDown and Drew McIntyre to RAW.

Corbin said it doesn’t matter which brand he ends up on. He will be a benevolent king and share his riches, just kidding he wouldn’t give anyone anything. He can’t stand the smell and filth coming off the crowd. All Hail King Corbin.

He’s such a great heel.

Corbin muscled Gable into the corner and heaved him across the ring to the outside. Then he drove Gable into the barricade. Corbin took a post as Gable reversed and then Chad followed Corbin into the ring and started working on Corbin’s leg.

Gable hit an armdrag, but Corbin nailed a kick to the face for a two count. Gable hit a dropkick to the outside, but Corbin sent him over the announce table. Gable came back, but King Corbin just chokeslammed him onto the table. It did not break.

Corbin tried to hit a Deep 6, but Gable reversed. Gable hit a few running strikes, but Corbin went out of the ring. So, Gable chased him around and dropkicked him into the timekeeper’s area. They returned to the ring where Gable hit a moonsault for a two count.

Corbin blocked Gable’s next move and hit a slam for a two count. Gable flipped out of an End Of Days and hit a German Suplex for a two count. Then Gable hit another German Suplex, but his back gave out and he couldn’t get a third. Then he latched on an ankle lock after a roll-up pin. Corbin almost kicked out of it and then Gable walked right into an End Of Days for the loss.

Let’s get back to the WWE Draft.