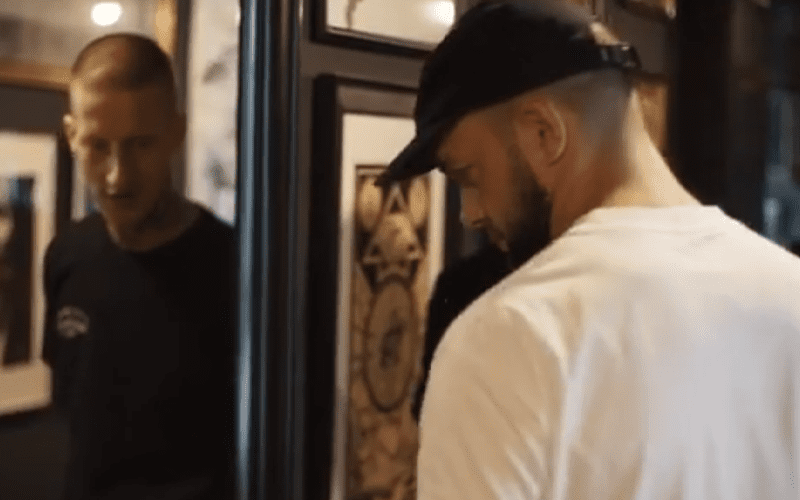 When Finn Balor made his return to WWE he was married and sporting some new ink. That tattoo surprised some fans, but others just wanted a closer look.

Balor gave fans just what they wanted if that included getting a better view of his new tattoo.

“The boy that came back from space,” Finn Balor sent out as a caption of a close-up view of his new ink. The spaceman pops off of his hand and stops at his wrist. It was previously hidden by his jacket, so we had no idea how big this new piece was.

Not only did Balor show off his new tattoo, but he also uploaded a video of the tattoo session itself.

Balor went to Wolf Town Tattoo Collective in Bratislava Slovakia to get this new tattoo and it came out looking great.

We’ll get to see that new ink Wednesday nights on NXT. Let’s just see how long it is until his colorful hand is holding up a title.