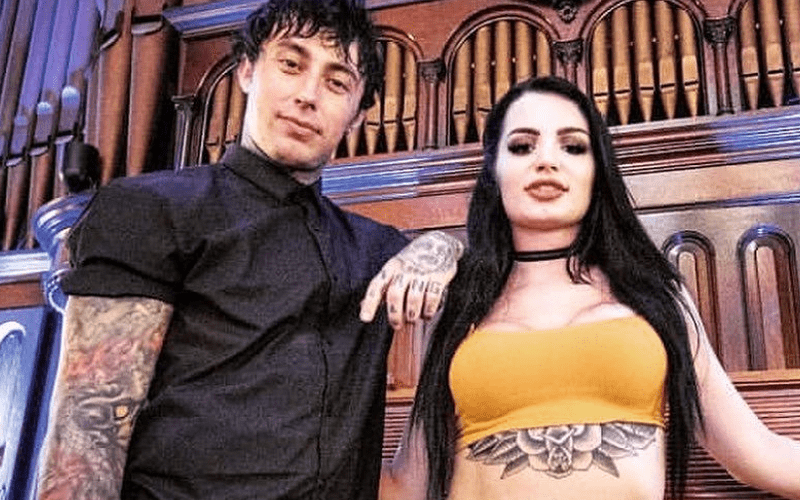 Paige and her rocker boyfriend Ronnie Radke are very happy together, but not everyone is very happy with him right now.

Radke uploaded a video of himself acting out a stereotypical Mexican character. He used an embellished accent and was dressed as a “Cholo gangbanger.”

People really got upset over this and Radke replied to this controversy in a now-deleted tweet saying:

I made a video of me acting like a cholo gangbanger and you compared it to me wearing blackface. Shut the f*ck up.. Guess no one can dress up for Indians or cowboys or cholo’s for Halloween cause 2019 wants to act like a bunch of f*cking p*ssies.

Paige saw this and she had to comment, but instead of taking on the controversy she revealed someone she was sharing this experience with. Apparently, Zelina Vega thought it was a joke as well.

Vega also replied to Paige to confirm that she had no problem with this. She continued to say that she loves “having trolls on strings” because “they dance so well.”

HaHa I love having trolls on strings. They dance so well! Now watch what else we do 😉 let’s keep em talkin

It seems like this situation is water under the bridge. We’re not telling anyone how they should feel about anything, but they might have overreacted a little bit in this situation.