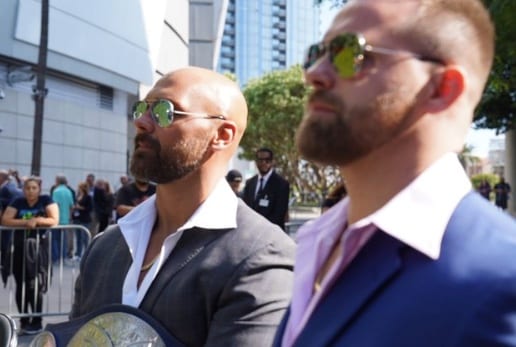 The 2019 WWE Draft is set to get underway tomorrow evening on Friday Night SmackDown, and a lot of superstars are taking the opportunity to put themselves on the open market over social media.

RAW and SmackDown will both be taking on a variety of different stars from both brands, and who knows, there may even be a few surprises littered in there.

From singles stars to tag team wrestlers and beyond it doesn’t appear as if anyone is off limits, and when you talk about tag team stars, you can’t have that conversation without bringing up The Revival.

Scott Dawson & Dash Wilder have made WWE their playground since they were first thrown together as a tag team down in NXT, but since being promoted to the main roster, they haven’t quite been able to maintain the kind of stable success that you’d expect from a team of their quality.

The nature of their booking at the hands of WWE is probably one of the biggest reasons for that, but since they spoke out about wanting some more opportunities to shine, they’ve been given the freedom to produce some great work.

Now, the SmackDown Tag Team Champions are ready to take that next step forward in their careers. Given that they’re holding the belts it seems unlikely that they’d be transferred over to Monday Night RAW, but this is the WWE Draft, and over the years we have come to learn that you should probably expect the unexpected with this company.