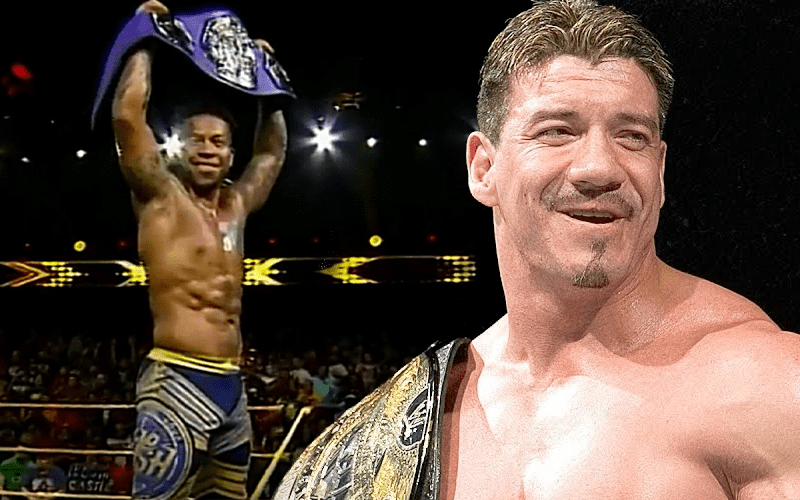 Lio Rush went through a lot during his time away from the WWE spotlight, but he made a very big return to the company and is now holding a title in NXT. He also did so by paying tribute to a legend.

Dave Meltzer said during Wrestling Observer Radio that the frog splash was intended to be a nod to Eddie Guerrero on what would have been his 52nd birthday. It will also be a move that Lio Rush will continue using from this point on.

“The frog splash was for Guerrero again, although that is gonna be his finisher anyway, but he did — and they all mentioned Guerrero at the finish so it was very clear what that one was designed for.”

Joey Janela and Kenny Omega paid homage to Eddie Guerrero during their dark match after AEW: Dynamite as well. When Janela hit a frog splash through a table, the crowd started “Eddie” chants.

Lio Rush is now NXT Cruiserweight Champion and it was a big moment for his career. It looks like he will be carrying on the legacy of Latino Heat as he goes on as well which is an amazing legacy carry.