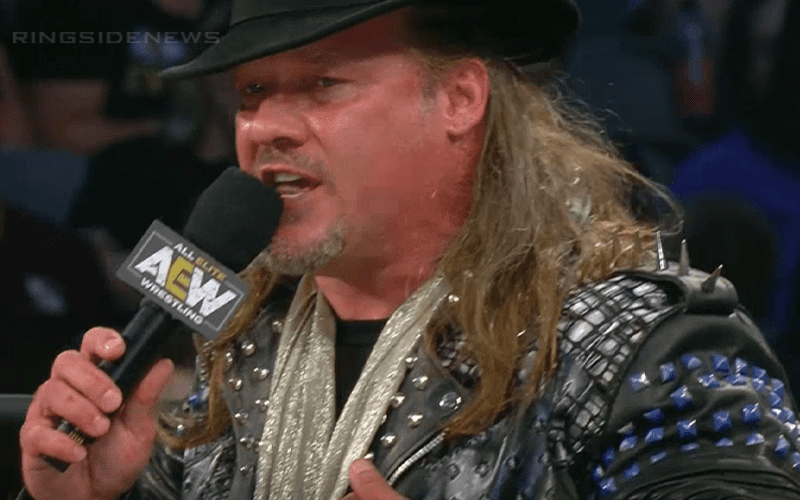 AEW pulled in an impressive viewership for their debut episode of Dynamite on TNT. Tonight’s episode might be a bit harder to find for some fans because of Major League Baseball.

Still Real To Us caught up with Chris Jericho at the NYCC and he said that AEW isn’t at war with anyone. It doesn’t matter what they put against All Elite Wrestling because they can’t control that in the end.

“We’re not at war with anybody. I don’t care what you put against us. You can put on the Super Bowl. You can resurrect John and George, and put on a Beatles reunion. You can’t control that.”

“All we can control is our own show, and worry about our own product. We didn’t start a war. We didn’t counter-program. We just did our thing. As a result, the whole industry is completely shaken up just by us being in existence.”

“Yeah, we won the Wednesday Wars. F*ck that, we were second in the demo for the whole night, against every show…except for the dastardly Major League Baseball wildcard game.”

“Other than that, we beat everybody. Who cares about NXT? We’re talking No. 2 in the entire business. That shows value. That’s going to change a lot of opinions about people who might not have known who AEW was; from advertisers to fans, to the people in the industry.”

All Elite Wrestling is off to a great start and confidence is key. We’ll be waiting patiently to see what kind of rating AEW pulls in tonight, but it’s also important to note that the Major League Baseball Playoffs might throw a monkey wrench in the ratings to a certain extent tonight.