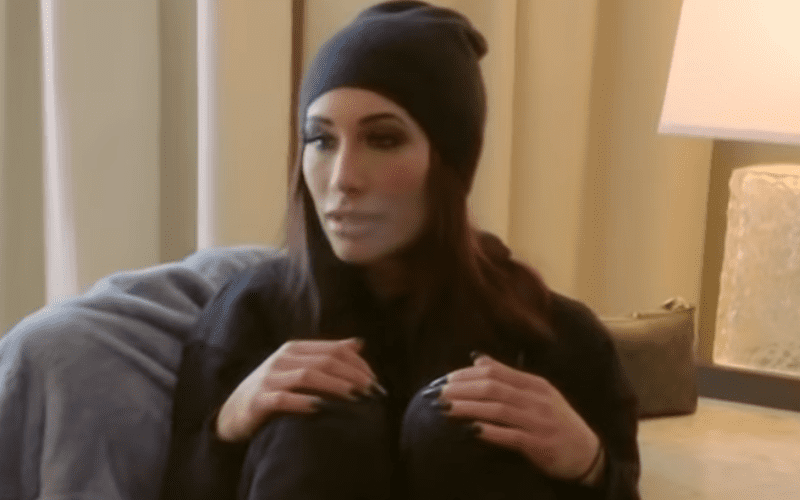 Corey Graves’ relationship with Carmella got off to a rather rocky public start. Graves’ ex-wife aired all of their dirty laundry out on social media and it was rather messy.

It wasn’t until later when everyone realized that Graves was actually separated and out of the house for months before a relationship started. That didn’t stop Carmella from getting a lot of heat right off the bat.

During Total Divas this week, the entire controversy of Graves and Carmella’s relationship was the primary focus. Carmella said to Graves during the episode:

“Why the f*ck would she go on social media and put that out there? I’m not kidding. This is not OK. I’m not OK right now. Literally, I’m getting death threats.”

We previously reported that Mella was weeping as she spoke about all of the hate she received from fans.

This was a big overreaction in a lot of ways, and it certainly didn’t warrant any death threats. Hopefully, that negativity is past them at this point, but it was a very real situation for a moment.