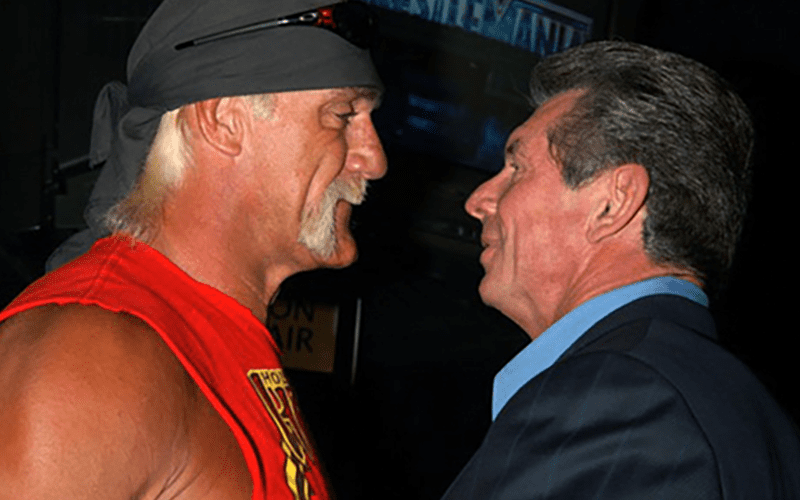 Hulk Hogan is a WWE Hall Of Famer, but his last match was in TNA. Now that he is in the WWE Universe once again, The Hulkster wants to have one more match to officially retire under WWE’s umbrella.

Los Angeles Times spoke to Hulk Hogan and he stated that after he is done with a scheduled back surgery, he might have to wrestle again. Apparently, Vince McMahon and Hogan have even discussed this.

“I talked to Vince, and I said I really don’t know if I could live with myself knowing my last match was with TNA [Total Nonstop Action Wrestling]. If I can get fixed, I pray I can have one more match. I told Vince, ‘When I get through this back surgery, I’m going to get in the best shape of my life and we’re going to talk about me having one last retirement match.’”

“I’d love for it to be against Vince [McMahon]. I had such a great time with him in the ring at WrestleMania 19. I had no idea what to expect from him, but he’s a great bad guy. His timing is great. I loved wrestling him, but everything he does hurts. When you’re in the ring with someone and they’re hurting you, you kind of pinch them on the wrist, and the whole match I was doing that to Vince. I was like, ‘Vince, take it easy!’ Everything he does hurts, but I’d like to get in the ring with him one more time for my last match. That would be perfect.”

Hulk Hogan and Vince McMahon could very well end up having one more match with each other. Let’s just see if that plan works out.

Hogan will be at WWE Crown Jewel on October 31st, but he’s not wrestling. He will lead Team Hogan as they battle Ric Flair’s group of five men. You can never say never about Hogan coming back for one more match after he gets his back fixed.