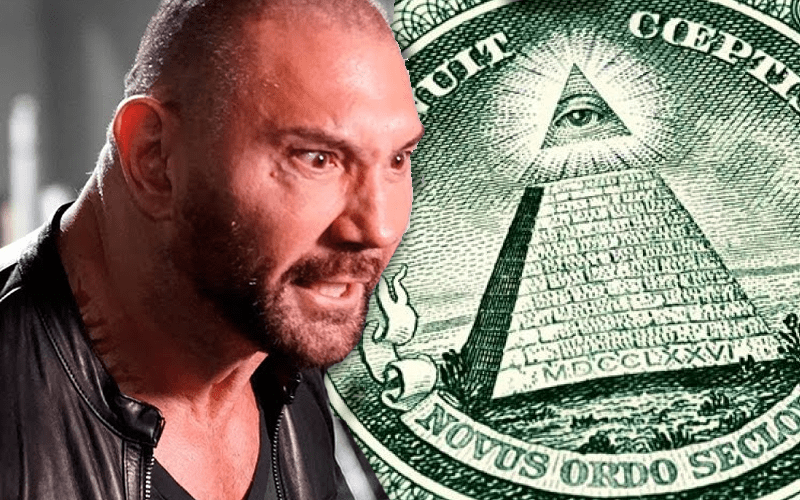 Batista was already pretty covered in tattoos and he’s any makeup artist’s nightmare on set when he’s playing a shirtless scene, but his character isn’t supposed to have any ink. Now he’ll have one more tattoo to cover up if need be.

Now The Animal has this symbol on his chest forever as he commented.

I’ve officially crossed the line. Oh well! I gotta be me!

Let the conspiracy theory videos about Dave Bautista’s involvement in the Illuminati start flooding YouTube in 3,2,1…