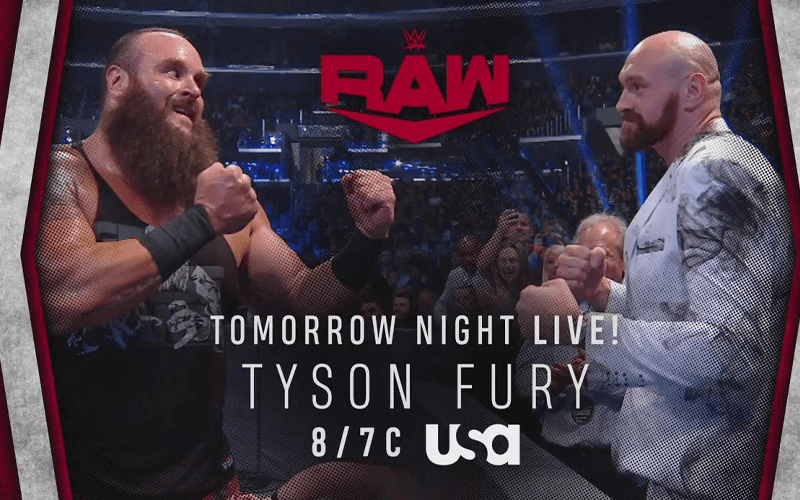 Welcome to Ringside News’ coverage of WWE RAW. Please keep refreshing throughout the show for constant updates once it kicks off at 8:00 PM EST.

Last night was WWE’s Hell In A Cell pay-per-view and what a night it is to fill in for Curtis. Let’s see what WWE will have on tonight’s show that won’t cause their fans to chant “refund,” “bullsh*t,” and “AEW.”

As of this writing, WWE still has no RAW preview. This means we don’t know anything except for what they’ve already announced. Vince McMahon’s office probably isn’t the calmest place to be right about now. If/when they update their website before the show starts I’ll add to this introduction.

Tyson Fury has an open invitation for a live microphone on RAW. He has taken WWE up on that offer so it’s likely to end with Braun Strowman and a date set for October 31st at WWE Crown Jewel.

We also have a last woman standing match between Natalya and Lacey Evans. Apparently, this will be the conclusion of their feud that was supposed to end weeks ago.

We will also see what’s next for Seth Rollins and Bray Wyatt. Odds are the Firefly Fun House isn’t too thrilled about how things ended at Hell In A Cell.

Let’s also not forget how Lana was kissing Bobby Lashley to close out last week’s show. Hopefully, WWE will expand on that story as well.

Anything can happen in WWE and we will kick things off at 8:00 PM EST when everything starts.

Orton and King Corbin were beating Rusev down before the show started. They left and then Bobby Lashley showed up on the screen saying that Rusev doesn’t look comfortable, but he does. Lashley was wearing Rusev’s robe saying that he’s in Rusev’s room and looking at Rusev’s bed.

Then Lashley took off the robe and got in Rusev’s bed. He asked “what are we missing here” and then Lana got in the bed too. Then Lana said everything they own is in her name, even the checking account. Now instead of Rusev having any money… he has none. Lana said Rusev isn’t having fun, but she is. Then Lashley said “no, we are.” So Lana took off her bra and got back into bed with Bobby Lashley.

It’s a good thing that Rusev is on Team Hogan because The Hulkster can relate to a woman taking all of his money.

Rusev then took out his frustrations on Randy Orton and Baron Corbin. He absolutely destroyed them both at ringside. Corbin took bumps off the stair and Orton took a fallaway slam into the barricade. Then Rusev picked up the stairs and nailed them both. Rusev lost it as he grabbed Orton and screamed: “Are you laughing at me?” he smashed Orton against the post and said, “laugh now!”

Then he hit Corbin with a Machka Kick followed by one for Orton too. This match may not happen.

Rusev tore up some more ringsteps before leaving.

Nattie took the fight to Lacey quickly and they soon ended up outside of the ring where she hit a backdrop on Evans. Nattie slapped her in the face and hit a suplex on the outside before kicking Lacey Evans in the stomach.

They moved back to the ring and Nattie hit a clothesline before locking in a Sharpshooter. Evans got out of the hold and slammed Nattie’s head against the mat.

Nattie got up at 8 seconds and started kicking Lacey before trying for a baseball slide on the outside, but Evans grabbed her and slammed Nattie against the barricade. Nattie got back up at 8 again.

Lacey Evans started to get a table out, but put it back to get heat from the crowd. That was genius, but it didn’t help her much.

Then Evans pinned Nattie in a desk chair with a kendo stick and then she kicked the chair over. Natalya was able to get up and she hit Lacey, but it was reversed into another kendo stick shot.

They moved to the other side of the ring and Evans hit a neckbreaker, but Nattie got up. Then Lacey Evans nailed Nattie with a garbage can before Evans hit a moonsault off the barricade.

Nattie got back up so Evans nailed a suplex on the ramp. Lacey tossed Nattie against the new RAW set and then suplexed her on the announce table, but it did not break.

Nattie took another bump off the set and then she revered a suplex on Evans before hitting a powerbomb off the stage and through a table at ringside. That did it.

Aleister Black was shown on the screen where he cut a promo about RAW. It looks like he’ll be looking for battles on RAW now? Well, that is new before the draft.

The Street Profits cut a promo about the draft.

These two teams started out and the Viking Raiders soon had control of the match. Dolph took a beating and then he tagged in Robert Roode.

Erik took the tag and he dominated Roode before hitting a knee that drove him out of the ring. Ziggler tried to call “time out,” but those don’t exist in pro wrestling.

Roode went back in and he was clotheslined out again.

When we came back from commercial, Roode and Ziggler had control over Erik as he took a bump into the barricade. Then Roode mounted him to deliver some punches.

Ziggler and Roode wishboned Erik’s legs before Ziggler latched on a submission hold. Ivar almost go the tag, but Roode hit a suplex and kept him away.

Erik avoided a splash from Ziggler and he took out Roode with a tackle before tagging in Ivar who came in and cleaned house for a bit.

Ziggler nailed a Fameasser before The Viking Raiders hit a double team move on Ziggler. The RAW Tag Team Champions were sent out of the ring, Ziggler tried to win with a roll-up after Erik misses a double knees in the corner.

Erik avoided a Glorious DDT. Then Ziggler took the tag and ate a Viking Experience for the loss. 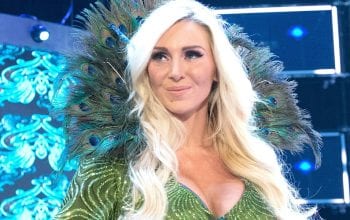