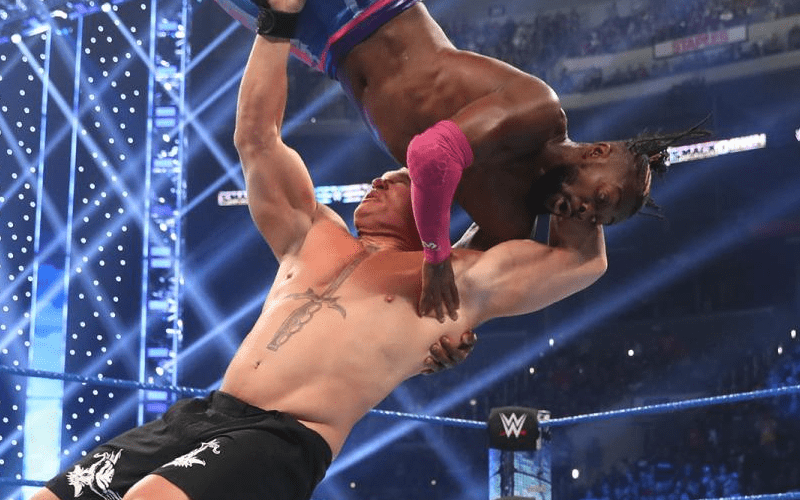 Kofi Kingston dropped the WWE Title to Brock Lesnar in seven seconds during the Friday Night SmackDown debut on FOX. This wasn’t a huge surprise, but the amount of time it took Lesnar to beat Kofi was quite alarming.

Brad Shepard reported on the Oh, You Didn’t Know Patreon that Vince McMahon made the decision for the match to end so suddenly. This was despite several people backstage who did not want to see the title change go down in the way it did.

According to a source in WWE, the booking of Kofi Kingston versus Brock Lesnar on SmackDown came straight from Vince McMahon.

I’m told multiple people in the company objected – not at the result – but at the way Kofi lost the match.

Kofi Kingston spoke about his title loss and it doesn’t appear it will deter him from headed for the mountain top once again. It will be a very difficult hill to climb once again, especially since Brock Lesnar is champion and he’s rarely around as well.