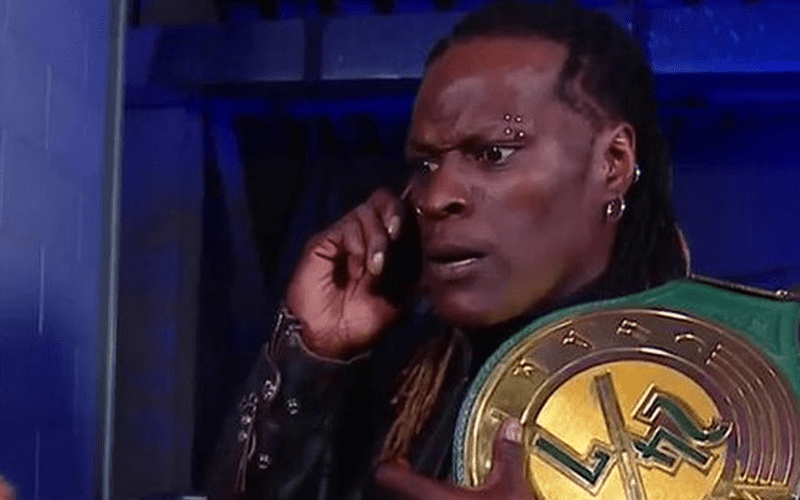 R-Truth became a 20-time WWE 24/7 Champion at Hell In A Cell, but how much more life does the title have?

Dave Meltzer said during Wrestling Observer Radio that since WWE is on FOX we can analyze quarter hours. One thing that was quite apparent by their first show on SmackDown is that the WWE 24/7 Title activity doesn’t seem to be working.

“One thing I do know now that we’re getting quarter hours is we can see that 24/7 stuff doesn’t work. So, I mean if it does, it does if it doesn’t, it doesn’t. That’s one of the beauties is that, no this doesn’t work. Some people laugh at it and all that, you know it’s like I find R-Truth very entertaining. It’s like this joke that’s okay at the start and now it’s the same joke week in and week out. I think once they put the belt on Carmella and everything, it’s run its course, that’s all I can say about that.”

The WWE 24/7 Title was one of the hottest topics in WWE for a while. When Drake Maverick was trying to consummate his marriage with Renee Michelle it made for some entertaining television, but now it appears that the title has become a tad stale.

Let’s see if WWE will be able to figure something out to inject new life into this dwindling title.