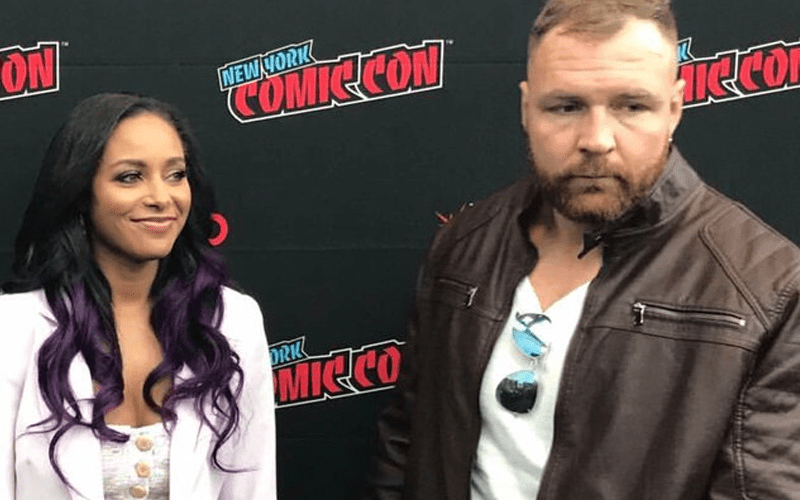 Brandi Rhodes has apparently forgotten all about Flip Gordon, because she has found a new best friend.

AEW took over the New York Comic Con and they had a packed panel. Fans were turned away and Chris Jericho ended up brawling with Cody Rhodes.

A lucky photographer snapped a shot of Jon Moxley and Brandi Rhodes in front of the NYCC backdrop. Rhodes had a great caption to go along with this photo.

He doesn’t know it yet, but we’re about to become best friends… @TheFlipGordon who??? #NYCC

Brandi Rhodes is the Chief Brand Officer of AEW so she will likely be spending a lot of time with Jon Moxley as they make various public appearances together. We’re not sure if Mox is down to have a new BFF, but Brandi seems to be more than ready.